How much is Robin Tunney Worth?

Robin Tunney net worth and salary: Robin Tunney is an American actress who has a net worth of $8 million dollars. Born in Chicago, Illinois, Robin Tunney began studying Art at the Chicago Academy for the Arts, before shifting her focus and moving to Los Angeles to pursue an acting career. She began landing roles almost immediately, appearing in such projects as "Encino Man", "Law and Order", and "Life Goes On". She began to attract more attention with her co-starring role in "Empire Records", and then firmly established herself as an actress to watch, with her performance in "The Craft". Since then, she has worked steadily in film and television, appearing in such projects as "Niagara, Niagara", for which she received multiple acting honors, "End of Days", "Vertical Limit", "Paparazzi", "House", "Prison Break", "Hollywoodland", and "The Burning Plain". She is most widely recognized for her work on the hit series, "The Mentalist", as Special Agent Teresa Lisbon. She starred on The Mentalist from 2008 – 2015 and appeared in 151 episodes. 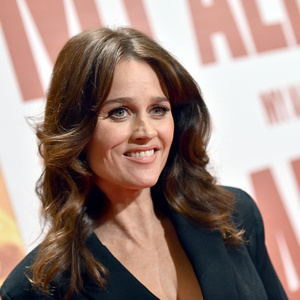