Robin Curtis net worth: Robin Curtis is an American real estate broker and actress who has a net worth of $1.5 million. Robin Curtis was born in New York Mills, New York in June 1956. Her best known roles came replacing Kirstie Alley as Vulcan Lieutenant Saavik in the movies Star Trek III: The Search for Spock in 1984 and Star Trek IV: The Voyage Home in 1986.

Curtis also appeared in movies including Ghost Story, Hexed, The Unborn 2, Babyfever, Bloodfist VI: Ground Zero, Dark Breed, Santa with Muscles, Recoil, Scorpio One, The Sex Monster, and Making Contact. She appeared in episodes of the TV series Knight Rider, MacGyver, LBJ: The Early Years, Night Court, General Hospital, Star Trek: The Next Generation, Babylon 5, Space: Above and Beyond, and more. Her last acting roles came in 1999 and she became a residential real estate agent and starred in her one woman show Not My Bra, You Don't! – The Sexual Odyssey of a Forty-Nine Year Old Woman. 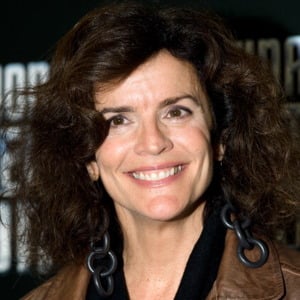