Roberto Vander Net Worth: Roberto Vander is a Dutch actor and singer who has a net worth of $30 million. Roberto Vander was born September 20, 1950 in North Holland, Netherlands. After living in several Latin American countries such as Chile, Uruguay, Argentina and Brazil he settled in Mexico in 1980. He went on to land roles in the telenovela Cuna de lobos and the telenovela Senda de gloria (Glorious path).

The success of Senda de gloria led to a role in the Chilean telenovela Semidios in which he also sang the title song. He went on to star in Bravo and returned to Mexico a year later to participate in a new version of Simplemente María and La pícara soñadora. Both soaps became hits in Latin America, Europe, Turkey and Russia. In 1992, Vander returned to Chile to participate in two telenovelas then went back to Mexico in 1994 to appear in Caminos cruzados. In 1995 he returned to Chile to make two telenovelas and started his own company, Roberto Vander Productions, to facilitate access of Chilean media to actresses such as Alicia Machado, among others. In 1997 he participated in a telenovela with Televisa and that next year made Enséñame a querer with Venevisión, the most notable television network in Venezuela. Vander next appeared in Por tu amor in Mexico and in 2000 he appeared in Milagros in Peru. In 2002 and 2003 he appeared in two telenovelas for Televisa and was awarded the Azteca de Oro (Golden Aztec) as Best Actor for his role in Salomé by the Asociación de Periodistas Mexicanos de Radio y Televisión (Mexican association of radio and television journalists). He also participated in the new version of Rubí in 2004, a telenovela which was considered the best of that year and Roberto Vander was awarded the El Sol de Oro (Golden Sun). He was also nominated for the TVyNovelas award as Best Supporting Actor. 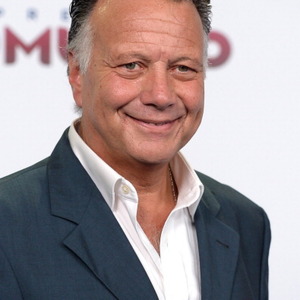