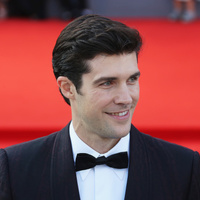 Roberto Bolle net worth: Roberto Bolle is an Italian dancer who has a net worth of $5 million dollars. Roberto Bolle was born in Casale Monferrato, Italy in March 1975. He is a principal dancer for the American Ballet Theatre. Bolle is also a principal dancer etoile at La Scala Theatre Ballet. He also dances with several other companies such as The Royal Ballet, the Bolshoi Ballet, the Mariinsky Ballet, and the Paris Opera Ballet. Roberto Bolle started studying ballet at seven years old and started studying at the La Scala theatre ballet school at 11. He has starred in several major productions including Romeo and Juliet, Swan Lake, Sleeping Beauty, Cinderella, Giselle, The Nutcracker, The Lady of the Camellias, La Esmeralda, and more. He has danced at the opening ceremony of the 2006 Winter Olympic Games and performed at Queen Elizabeth's Golden Jubilee. Bolle has also been a Goodwill Ambassador for UNICEF.