Robert Young net worth: Robert Young was an American actor who had a net worth equal to $5 million at the time of his death in 1998 (after adjusting for inflation). Robert Young was born in Chicago, Illinois in February 1907 and passed away in July 1998. He acted in film, television, and radio.

He had more than 100 acting credits to his name and his best known roles came starring as Jim Anderson on the television series Father Knows Best from 1954 to 1960 and as Dr. Marcus Welby on the TV series Marcus Welby, M.D. from 1969 to 1976. Young starred as Cameron Brooks on the series Window on Main Street from 1961 to 1962. He also appeared in many films with actresses such as Katharine Hepburn, Joan Crawford, Margaret Sullivan, Helen Hayes, Norma Shearer, and more. Young was an MGM contract player and one of his most rewarding roles came in H.M. Pulham, Esq. He won a Golden Globe Award for Best TV Actor – Drama and a Primetime Emmy Award for Marcus Welby, M.D. and two more Primetime Emmy Awards for Father Knows Best. He also received stars on the Hollywood Walk of Fame for motion picture, television, and radio. Robert Young passed away on July 21, 1998 at 91 years old. 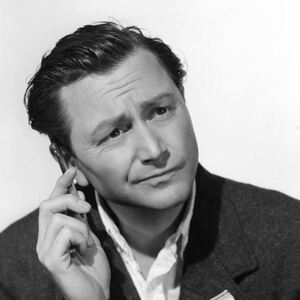