What Is Robert Wuhl's Net Worth?

Robert Wuhl was born on October 9, 1951, in Union, New Jersey. He grew up in a Jewish household, and his father was a produce distributor. Robert attended Union High School, and after graduation, he enrolled at the University of Houston, where he was involved with the drama department. As a college student, Wuhl joined the Tau Kappa Epsilon fraternity, Epsilon-Omicron chapter. In 2012, he was honored with the school's Distinguished Alumni Award.

Robert made his film debut in 1980's "The Hollywood Knights," and in 1982, he worked as a writer and story editor on the Leslie Nielsen police procedural spoof "Police Squad!," which aired six episodes on ABC. In 1983, he appeared in "Flashdance," which earned a Golden Globe nomination for Best Motion Picture – Musical or Comedy, and in 1985, he had an uncredited role in Madonna's "Material Girl" music video. In 1987, Wuhl guest-starred on "Moonlighting," "Falcon Crest," and "L.A. Law," and he played Marty Lee Dreiwitz in "Good Morning, Vietnam" alongside Robin Williams and Forest Whitaker. He co-starred with Kevin Costner, Susan Sarandon, and Tim Robbins in 1988's "Bull Durham," which was ranked #97 on the American Film Institute's "100 Years…100 Laughs" list in 2000 and #5 on its 2008 list of the "Top 10 Sports Films." In 1989, Robert played Alexander Knox in the Tim Burton-directed superhero film "Batman," which grossed $411.6 million at the box office, and he appeared in the films "Wedding Band" and "Blaze" and guest-starred on "Tales from the Crypt." 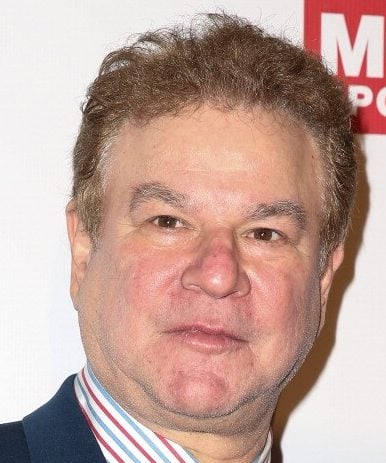 Wuhl lent his voice to four episodes of "American Dad!" between 2015 and 2021, and he guest-starred on "Blue Bloods" in 2016 and "Supergirl" in 2019. In 2020, he appeared in the film "Shirley" and played The Grandfather in "Home Movie: The Princess Bride," which actors filmed on their smartphones while isolating during the COVID-19 pandemic. From 2020 to 2021, Robert appeared in 12 episodes of "The George Lucas Talk Show," and in 2022, he starred in the film "When George Got Murdered." He has also performed on stage, playing Herb Tucker in "I Ought to Be in Pictures" and Don Most in "The Sunshine Boys," which were both written by Neil Simon. Robert has appeared on numerous talk shows, such as "The Merv Griffin Show," "The Tonight Show Starring Johnny Carson," "Late Night with David Letterman," "The Tonight Show with Jay Leno," "Late Night with Conan O'Brien," "Jimmy Kimmel Live!," and "Live with Kelly and Ryan," and he served as a guest expert in several episodes of "Who Wants to Be a Millionaire" in 2010.