Robert Torti Net Worth: Robert Torti is an American actor who has a net worth of $2 million. Robert Torti was born in Van Nuys, California in October 1961. He got his start in theater and has appeared in productions of Jesus Christ Superstar, Godspell, West Side Story, Grease, To Sir with Love, Starlight Express, Joseph and the Amazing Technicolor Dreamcoat, Reefer Madness, Rock of Ages, and more.

For his role as Greaseball in Starlight Express Torti was nominated for a Tony Award. His debut television role came in the series Quincy M.E. in 1980. His film debut came as Johnny in the 1984 movie Alley Cat. In 1992 Torti starred as Bobby Grazzo in the TV series Vinnie & Bobby and in 1993 as Charles Van Dieter in the TV series Days of Our Lives. From 1995 to 2001 he had a recurring role in The Drew Carey Show and he starred as Jimmy Rose in the TV series Spyder Games in 2001. From 2003 to 2004 Torti starred as Salvatore Staley in The Young and the Restless. He had a recurring role as Kurt in the TV series The Suite Life of Zack and Cody from 2005 to 2007. He has also starred in the movies That Thing You Do!, Land of the Free, Submerged, She's the Man, The Game Plan, Race to Witch Mountain, Foodfight!, The Fortune Theory, and White T. Torti was nominated for a Soap Opera Digest Award in 1991 for Outstanding Male Newcomer: Daytime. 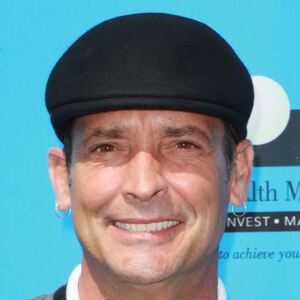