He had nearly 100 acting credits to his name and his best known role came starring as Eliot Ness on the television series The Untouchables from 1959 to 1963. Stack starred as Dan Farrell on the TV series The Name of the Game from 1968 to 1971. From 1976 to 1977 he starred as Captain Linc Evers on the series Most Wanted. He starred as Captain Frank Murphy on the television series Strike Force from 1981 to 1982 and narrated the TV series Hercules from 1998 to 1999 and the series Unsolved Mysteries from 1987 to 2002. Stack starred in several films including The High and the Mighty, Great Day in the Morning, Written on the Wind, John Paul Jones, The Last Voyage, Airplane!, Caddyshack II, Joe Versus the Volcano, and more. He won a Primetime Emmy Award for The Untouchables and received a star on the Hollywood Walk of Fame at 7001 Hollywood Blvd. He married Rosemarie Bowe in 1956 and had two children. Robert Stack passed away on May 14, 2003 at 84 years old. A few months after his death, Robert's widow Rosemarie sold the couple's Bel-Air home for $7 million. 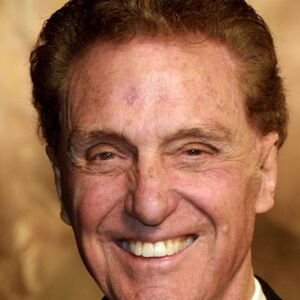