Robert Romanus net worth: Robert Romanus is an American actor and musician who has a net worth of $500 thousand dollars. Robert Romanus moved to Los Angeles to pursue a career in music and ended up appearing in one of the most popular films of the 80s, "Fast Times at Ridgemont High". His role of "Damone" became an 1980s icon. He went on to enjoy a steady career in both film and television projects, while also performing with his band, Papa's Kitchen.

He has appeared in such film projects as, "Bad Medicine", "Pulse", "Dangerous Curves", "Shatterbrain", "Carlo's Wake", "A Halfway House Christmas", "Road to the Altar", and "The Runaways". He has played guest starring or recurring roles on such television shows as, "Days of Our Lives", "St. Elsewhere", "MacGyver", "Fame", "The Facts of Life", "21 Jump Street", "Booker", "Boston Common", "Providence", "Will and Grace", "V.I.P.", "The Young and the Restless", and "Touch". In 2013 he appeared in the film, "The Midnight Game". He continues to act regularly. 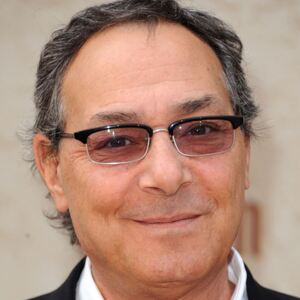