Robert Reed net worth and salary: Robert Reed was an American actor who had a net worth equal to $3 million at the time of his death in 1992 (after adjusting for inflation). Robert Reed was born in Highland Park, Illinois in October 1932 and passed away in May 1992. He had more than 100 acting credits to his name and one of his best known roles came starring as Mike Brady on the television series The Brady Bunch from 1969 to 1974.

Reed starred as Kenneth Preston on the TV series The Defenders from 1961 to 1965. From 1969 to 1974 he starred as Adam Tobias on the series Mannix. From 1981 to 1982 Robert Reed starred as Dr. Adam Rose on the television series Nurse. He also had recurring roles on the TV series Dr. Kildare, Rich Man, Poor Man, Roots, The Brady Bunch Variety Hour, The Runaways, The Love Boat, Hunter, The Bradys, and more. Reed was nominated for Primetime Emmy Awards for Rich Man, Poor Man and Medical Center in 1976 and for Roots in 1977. Robert Reed passed away on May 12, 1992 at 59 years old from colon cancer and HIV. 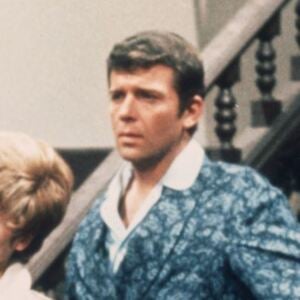