Robert Pine net worth: Robert Pine is an American actor who has a net worth of $4 million. Robert Pine was born Granville Whitelaw Pine in New York City, New York in July 1941. He is best known for playing the role of Sgt. Joseph Getraer on the TV series CHiPs. Pine has more than 200 acting credits to his name.

His first role came in the TV series Kraft Suspense Theatre in 1964.In 1966 he made his film debut starring as Mitchell in the movie Gunpoint. He starred on the soap opera Day of our Lives as Walker Coleman. Pine starred in movies and television such as Lost in Space, Journey to Shiloh, The Day of the Locust, Empire of the Ants, The Apple Dumping Gang Rides Again, Papa Was a Preacher, Hoover vs. The Kennedys – John F. Kennedy, The Bold and the Beautiful, Babies, On the Way Home, Independence Day, Below Utopia, Black Scorpion, Confidence, Helter Skelter, Yesterday's Dreams, Red Eye, Criminal Minds, The Office, Avatar: The Last Airbender, Lakeview Terrace, The Mentalist, Parks and Recreation, Jobs, and Frozen. His best known role came in the series CHiPs from 1977 to 1983. He married Gwynne Gilford in 1969 and she appeared on CHiPs as his wife. The couple has two children including actor Chris Pine who has gone one to become an A-list actor. 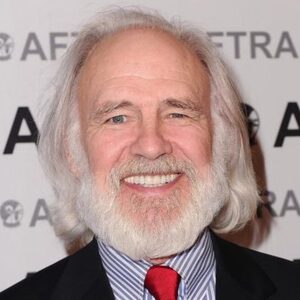