Robert Picardo Net Worth: Robert Picardo is an American actor who has a net worth of $1.5 million. Robert Picardo was born in Philadelphia, Pennsylvania in October 1953. Picardo was a pre-med student but decided to act instead and graduated from Yale University. He enrolled at the Circle in the Square Professional Theater Workshop and made his Broadway debut in 1977 in Gemini.

Picardo has almost 200 acting credits to his name. He is arguably best known (at least among movie lovers) for his series of collaborations with director Joe Dante – he made his feature film debut in Dante's 1981 horror film The Howling, and since then has appeared in Dante's movies Explorers, Innerspace, The 'Burbs, Matinee, Gremlins 2, Small Soldiers, and Looney Tunes: Back in Action. From 1982 to 1984 he had a recurring role as Freddie in the television series Alice. He starred as Coach Cutlip on the TV series The Wonder Years from 1988 to 1991 and as Dr. Dick Richard on the series China Beach the same years. From 1995 to 2001 Picardo starred as The Doctor on the series Star Trek: Voyager. From 2006 to 2009 he starred as Richard Woolsey on the TV series Stargate: Atlantis. Picardo has also starred in Kojak, Taxi, The Golden Girls, 21 Jump Street, Newhart, The 'Burbs, Gremlins 2: The New Beach, Total Recall, Home Improvement, Wagons East, Revenge of the Nerds IV, Star Trek: First Contact, Star Trek: Deep Space Nine, Frasier, Justice League, Sabrina, The Teenage Witch, Stargate SG-1, The West Wing, The 4400, The Closer, CSI: NY, Smallville, Castle, Chuck, Supernatural, The Mentalist, Austin and Ally, Atlas Shrugged: Part II, Star Trek: Renegades, and Age of Tomorrow. Picardo won the Founder's Award at the Viewer's for Quality Television Awards in 1991 for China Beach. He was nominated for a Primetime Emmy Award in 1989 for Outstanding Guest Actor in a Comedy Series for The Wonder Years. 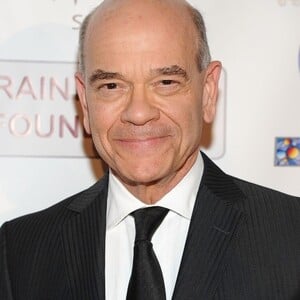