Robert Patrick net worth and salary: Robert Patrick is an American actor who has a net worth of $12 million. Born in Marietta, Georgia, Robert Patrick attended Bowling Green State University, where he was initially focused on football and track, before acting drew him away from athletics. He subsequently left school early to focus on an acting career full-time.

He relocated to Los Angeles when he was twenty-six, and struggled during the early years of his career, living in his car, and bartending. He began working low-budget films in the late 80s, and guest-starred on such television shows as, "The Outer Limits" and "The Real Adventures of Jonny Quest" in the early 90s, before finally catching a break with a role in "Die Hard 2". This led to the role that would make him a household name, as T-1000 in "Terminator 2: Judgment Day". Since then, he has worked steadily, appearing in such film and television projects as, "The Sopranos", "Copland", "The Faculty", "Stargate: Atlantis", "Law & Order: Special Victims Unit", "Psych", "Chuck", "Big Love", "Walk the Line", "Flags of Our Fathers", and "Safe House". He also co-starred on such series as "The X-Files" and "The Unit", and "Last Resort". 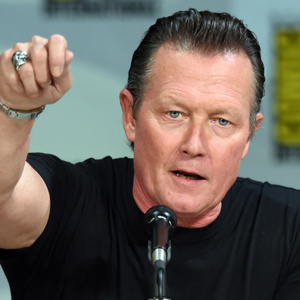