Robert O'Reilly net worth: Robert O'Reilly is an American actor who has a net worth of $2 million. He is best known for starring as Chancellor Gowron on multiple Star Trek TV series.

Robert O'Reilly was born in New York City, New York. During his career he has acted on stage at Broadway and Carnegie Hall and won a Drama-Logue Award for directing Getting Out in 1981. O'Reilly first appeared in an episode of the TV series Fantasy Island in 1979. From 1989 to 1993 he had a recurring role as Gowron on the television series Star Trek: The Next Generation. He starred as the same character on the series Star Trek: Deep Space Nine from 1994 to 1999. Robert O'Reilly appeared in the movie The Mask and has also appeared in episodes of the TV series Cheers, Knight Rider, MacGyver, NYPD Blue, In the Heat of the Night, Dallas, and more. 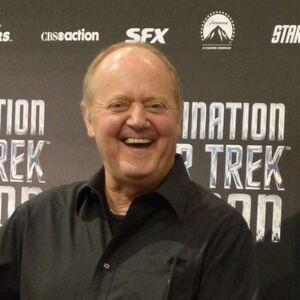