Robert Montgomery net worth: Robert Montgomery was an American actor, director, and producer who had a net worth equal to $5 million at the time of his death in 1981. He is best known for starring in films including Here Comes Mr. Jordan and Night Must Fall.

Robert Montgomery was born in Fishkill Landing, New York in May 1904 and passed away in September 1981. He served in the United States Navy, achieving the rank of Lieutenant commander during World War II and receiving several awards. Montgomery served as the 3rd and 8th President of the Screen Actors Guild from 1935 to 1938 and 1946 to 1947. He was the father of Elizabeth Montgomery. Montgomery worked with MGM in comedies and then in dramas. He drove ambulances in France during World War II before serving at the invasion at Normandy. Montgomery starred in about 60 films during his career. He was nominated for Academy Awards for Best Actor in a Leading Role in 1938 for Night Must Fall and in 1942 for Here Comes Mr. Jordan. He was awarded two stars on the Hollywood Walk of Fame for Motion Picture and Television. Robert Montgomery passed away on September 27, 1981 at 77 years old. 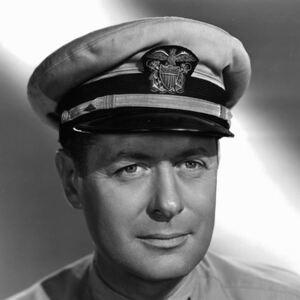