Robert Mitchum Net Worth: Robert Mitchum was an American actor who had a net worth of $10 million dollars. Born August 6, 1917 in Bridgeport, Connecticut, he was one of the most memorable leading men of the 20th century. A legendary tough guy on and off-screen, Mitchum was associated with post-war film noir (stylish Hollywood film dramas) during the '50s and '60s.

He will most likely be best remembered for his roles in such films as The Story of G.I. Joe (1945), Crossfire (1947), Out of the Past (1947), The Night of the Hunter (1955), and Cape Fear (1962). Mitchum arrived in Long Beach, California in 1936 and stayed with his sister Julie who convinced him to join the local theater guild along with her. In his years with the Players Guild of Long Beach, he made a living as a stagehand and occasional bit-player in company productions and even wrote several short pieces which were performed by the guild. When an agent he had met got him an interview with the producer of the Hopalong Cassidy series of B-westerns, he was hired to play the villain in several films in the series during 1942 and 1943. After impressing director Mervyn LeRoy during the making of Thirty Seconds Over Tokyo, Mitchum signed a seven-year contract with RKO Radio Pictures. Although Mitchum continued to appear in films throughout the '90s, such as a role as a protagonist police detective in Martin Scorsese's remake of Cape Fear, the actor gradually slowed his workload. His last film appearance was a small but pivotal role in the television biopic, James Dean: Race with Destiny, playing Giant director George Stevens. A lifelong heavy smoker, Mitchum died on July 1, 1997 in Santa Barbara, California due to complications of lung cancer and emphysema. Mitchum is regarded by critics as one of the finest actors of the Golden Age of Hollywood. Film critic Roger Ebert called Mitchum "the soul of film noir". 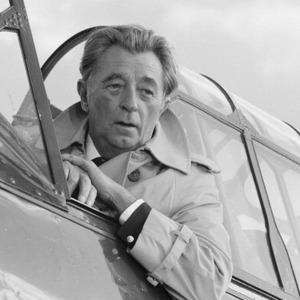