Robert Knepper Net Worth: Robert Knepper is an American actor who has a net worth of $2 million. Robert Knepper was born in Fremont, Ohio in July 1959. He is best known for playing the role of Theodore "T-Bag" Bagwell on the TV series Prison Break. Knepper worked in community theater and high school productions.

He studied drama at Northwestern University and acted in plays in Chicago, Illinois and New York City. He acted in many stage productions including The Merchant of Venice, Sherlock Holmes, A Midsummer Night's Dream, and Romeo and Juliet. Robert made his screen debuts in 1986 in the TV series The Paper Chase and the film That's Life!. In 2001 he starred as Special Agent Shue in the series Thieves. From 2003 to 2005 Knepper starred as Tommy Dolan in the television series Carnivale. His best known role came starring as Theodore "T-Bag" Bagwell in Prison Break from 2005 to 2009. From 2009 to 2010 he starred as Samuel Sullivan in the TV series Heroes. In 2013 he starred in the TV series Cult. Knepper has also had recurring roles in the TV series E.A.R.T.H. Force, L.A. Law, Presidio Med, SGU Stargate Universe, and Mob City. He has starred in many films including Renegades, Young Guns II, When the Bough Breaks, Good Night, and Good Luck, Hostage, Transporter 3, The Day the Earth Stood Still, Burning Daylight, My Way, Seal Team Six: The Raid on Osama Bin Laden, R.I.P.D., and Percy Jackson: Sea of Monsters. He is scheduled to star in the upcoming films The Hunger Games: Mockingjay – Parts 1 and 2. Knepper has been nominated for a Satellite Award and a Teen Choice Award. 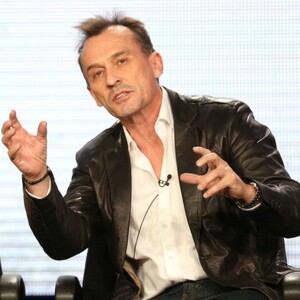