Robert Evans net worth and salary: Robert Evans was an American film actor, producer, studio executive who had a net worth of $120 million dollars at the time of his death in October 2019. A very successful producer, Robert Evans turned Paramount Studios around in the late 60s and 70s, producing such films as "Barefoot in the Park", "Rosemary's Baby", "The Godfather", and "The Great Gatsby". His career spanned nearly 60 years.

He was born Robert Shapera on June 29, 1930 in New York City, New York. His career was launched in November 1956 after being spotted by Canadian actress Norma Shearer next to the pool at The Beverly Hills Hotel. Norma recommended Evans for the role of her late husband, Irving Thalberg, in "Man of a Thousand Faces". That same year Evans was also cast as Pedro Romero in the 1957 film adaptation of Ernest Hemingway's "The Sun Also Rises".

Evans was determined to become a producer and got his start at Paramount by purchasing the rights to a 1966 novel entitled "The Detective" (1968), which he turned into a movie starring Frank Sinatra, Lee Remick, Jack Clugman, Robert Duvall and Jacqueline Bisset. To satisfy Evans' desire to produce indie films, Evans went on to later strike a deal with Paramount that enabled him to stay on as studio head, but also work as an independent producer. In 1980, Evans was convicted of cocaine trafficking and entered a guilty plea. As part of his plea bargain he filmed an anti-drug TV commercial.

As Head of Production at Paramount, Evans' film credits include such huge hits as "Barefoot in the Park", "True Grit", "Harold and Maude" and "The Great Gatsby". As a producer his credits included "Marathon Man", "Black Sunday", "Urban Cowboy", "The Cotton Club", "The Out-of-Towners" and "How to Lose a Guy in 10 Days". Evans was married seven times, none of which lasted more than three years. He had one child, producer Josh Evans. 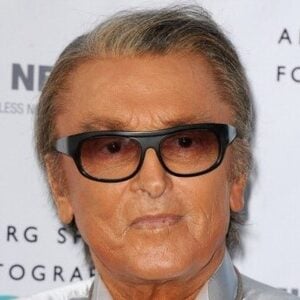