Robert Duvall net worth: Robert Duvall is an American actor, producer and director who has a net worth of $70 million. Duvall is one of the most celebrated actors in American history. He is perhaps best-known for his role in The Godfather and The Godfather Part II. As of this writing, he has been nominated for seven Academy Awards (winning one) and seven Golden Globes (winning four). He has also won a BAFTA, an Emmy and a SAG Award.

Early Life: Robert Duvall was born on January 5, 1931 in San Diego, California. The son of a U.S. Navy admiral, Duvall grew up primarily in Annapolis, Maryland, where the United States Naval Academy is located. He went on to attend Principia College in Elsah, Illinois, and graduated with a B.A. in Drama in 1953.

Following the Korean War, Duvall served in the United States Army for a year, and left as private first class in the summer of 1954. He then began studying at New York City's Neighborhood Playhouse School of the Theatre under Sanford Meisner, the acting teacher who developed the "Meisner technique."

His professional acting career began at the Gateway Playhouse theatre, located in Bellport, Long Island. In the summer of 1957, Duvall appeared as Eddie Carbone in Arthur Miller's A View from the Bridge – a role that Duvall himself has described as the "catalyst of his career."

Success: Duvall's off-Broadway debut came in 1958 when he played Frank Gardner in George Bernard Shaw's Mrs. Warren's Profession at Manhattan's Gate Theater. In 1959, he made his first television appearance on Armstrong Circle Theater in the episode "The Jailbreak." During the 1960s, he regularly appeared on TV as a guest actor in action, suspense, detective, and crime dramas. Duvall's screen debut was in 1962 as Boo Radley in the critically acclaimed film To Kill a Mockingbird.

It was in the 1970s that Duvall's career really began to flourish. His breakout role and first major critical success was as Tom Hagen in The Godfather (1972)—for which he earned an Academy Award nomination for Best Supporting Actor—and The Godfather Part II (1974).

Duvall was nominated for a second Oscar for Best Supporting Actor for his portrayal of Lt. Colonel Kilgore in the 1979 film Apocalypse Now. He was also awarded a BAFTA Award and Golden Globe Award for this role.

Additional notable honors throughout the 1970s and '80s include a BAFTA Award nomination for his portrayal of television executive Frank Hackett in the 1976 film Network; a Drama Desk Award nomination for Outstanding Actor in a Play for his role in Broadway's American Buffalo (1977); an Oscar nomination for Best Actor in a Leading Role for his depiction of Marine Lt. Col. "Bull" Meechum in 1979's The Great Santini; an Oscar for Best Actor as country singer Mac Sledge in 1983's Tender Mercies; and a Golden Globe Award and an Emmy nomination for his role of Captain Augustus "Gus" McCrae in the 1989 mini-series Lonesome Dove.

In 1992, Duvall founded the production company Butcher's Run Films, and has his own star on the St. Louis Walk of Fame. During the same year, Duvall's portrayal of the brutal communist leader Joseph Stalin in Stalin garnered a Golden Globe Award and an Emmy nomination.

Duvall was awarded a National Medal of Arts by President George W. Bush at the White House in 2005. And 10 years later, at the age of 84, Duvall became the oldest actor ever nominated for the Academy Award for Best Supporting Actor for his role in the film The Judge.

Personal Life: Duvall has tied the knot four times, but does not have any children. Duvall was married to his first wife, Barbara Benjamin, a former dancer on "The Jackie Gleason Show," from 1964 to 1975. His second marriage to actress and producer Gail Youngs lasted four years, from 1982 to 1986. His third wife was dancer Sharon Brophy, to whom he was married to from 1991 to 1995.

In 2005, Duvall married his fourth wife and long-time girlfriend, Luciana Pedraza. Pedraza is granddaughter of Argentine aviation pioneer Susana Ferrari Billinghurst, and 41 years younger than Duvall. He produced, directed and acted with her in Assassination Tango.

Duvall's political views are most commonly described as conservative or libertarian. He received a personal invitation to Republican President George W. Bush's inauguration in 2001, and announced his support for Republican Presidential candidate and former New York City mayor Rudy Giuliani in 2007. In 2008, he appeared at a John McCain–Sarah Palin rally in New Mexico, and endorsed Republican presidential nominee Mitt Romney in 2012.

In 2001, Pedraza and Duvall created the Robert Duvall Children's Fund, a charity dedicated to helping distressed or underprivileged children and their families in Northern Argentina through education, medical services, and more. Duvall and Pedraza are also active supporters of Pro Mujer, a nonprofit charity organization that assists Latin America's poorest women.

Salaries: Robert earned $36,000 for his work in the first Godfather film. That's actually $1,000 MORE than co-star Al Pacino. He earned $500,000 for the second installment. When the third film was in pre-production, Duvall was offered a salary of $1 million. And while that was double his previous paycheck (though, not quite so much with inflation), it was nowhere near the $5 million Pacino Al Pacino had been offered.

In 2004, Duvall appeared on "60 Minutes" and stated, "if they paid Pacino twice what they paid me, that's fine, but not three or four times, which is what they did." 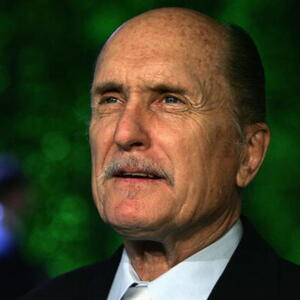