What is Robert Downey, Jr.'s Net Worth?

Robert Downey, Jr is an American actor, producer and singer. Robert Downey, Jr has a net worth of $300 million. Robert Downey, Jr. is probably most widely recognized today for his role as Iron Man in the Marvel franchise of the same name. The role made him one of the highest-paid actors in the history of Hollywood. He is perhaps equally as well known for overcoming severe substance abuse issues and reinventing his career.

Robert Downey, Jr. was born on April 4, 1965, in New York City. His father is Robert Downey Sr., a writer, actor, and director. His mother is Elsie Ann Downey, an actress who appeared in many of her husband's films. Downey Jr.  has an older sister, Allyson. The family lived in Greenwich Village. Downey Sr. was a drug addict that allowed his son to try marijuana when he was six. Downey's parents divorced in 1987 and he moved to California with his father. Downey attended Santa Monica High School at the same time as Rob Lowe, Emilio Estevez, Charlie Sheen, Holly Robinson-Peete, Ramon Estevez, Renee Estevez, and Dean Cain. Downey dropped out of high school in 1982 and moved back to New York City to pursue an acting career.

Downey had a number of roles in theatre before landing a job as part of the new, younger, cast hired for "Saturday Night Live" in the mid-1980s alongside Joan Cusack, Nora Dunn, Anthony Michael Hall, Jon Lovitz, Dennis Miller, Randy Quaid, Terry Sweeney, and Danita Vance. The 1985-1986 "SNL" season got terrible ratings and all the new cast members hired in 1985 were fired. In 1985, Downey Jr. played a high school bully in John Hughes' "Weird Science." In 1987, he played Julian Wells, the drug-addicted rich kid in "Less Than Zero." From there he went on to star in 1989's "Chances Are" opposite Cybill Shepherd, 1990's "Air America" opposite Mel Gibson, and in 1991's "Soapdish" with Sally Field, Whoopi Goldberg, and Kevin Kline. In 1992, he starred as Charlie Chaplin in "Chaplin." He was nominated for the Best Actor Oscar for his role in "Chaplin."

Downey's career hit a rough patch when his drug use got out of control. From 1996 to 2001, he was arrested a number of times on drug charges. He was found to be in possession of cocaine, heroin, and marijuana at various times. He entered a number of drug rehab programs but relapsed each time. In April 1996, Downey was speeding down Sunset Boulevard and pulled over. He was found to be in possession of heroin, cocaine, and an unloaded .357 Magnum handgun. He was arrested. A month later, Downey was out on parole and he entered a neighbor's house while under the influence of something and went to sleep in one of his neighbor's beds. He was given three years of probation and mandated to undergo drug testing. He missed one of the court-ordered drug tests in 1997 and was sent to the L.A. County jail for six months. Two years later, he missed another drug test and was arrested again. This time he was sentenced to three years in prison at the California Substance Abuse Treatment Facility and State Prison. He spent nearly a year at the Substance Abuse Treatment Facility, posted $5,000 bail, and was eligible for early release.

A week after his release from prison he joined the cast of "Ally McBeal." He won a Golden Globe for Best Supporting Actor in a mini-series or television film for the role. Over the Thanksgiving weekend in 2000, Downey was arrested while intoxicated and in possession of cocaine and Valium. In April 2001, Downey was found wandering Culver City barefoot by an LAPD officer. He was arrested under suspicion of being on a controlled substance. He was found to have cocaine in his system but was released a few hours later nonetheless. After this arrest, he was fired from "Ally McBeal." He was sent into drug rehab again and put on probation for three years. 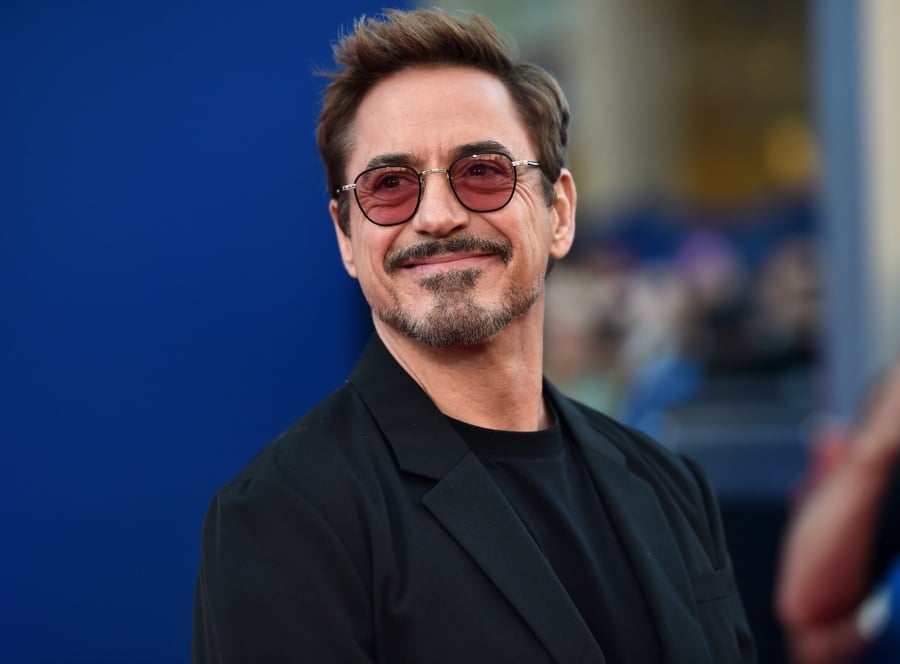 It wasn't easy for Downey to restart his career once he finally beat his drug demons. He was unhirable because the insurance companies used by productions assigned too high a price to Downey and filmmakers were not interested in paying it for Downey. It was Mel Gibson, who had been Downey's friend since "Air America," who made the second half of Downey's career possible. He paid Downey's insurance bond personally for "The Singing Detective." When Downey successfully completed the film with no issues, other filmmakers were ready to hire him again.

Downey also appeared in the comedy Tropic Thunder, for which he was nominated for the Academy Award for Best Supporting Actor. Downey was cast as another famous character when he landed the role as Sherlock Holmes in the 2009 film of the same name. He's reprised his role as the famous fictional detective in 2011's "Sherlock Holmes: A Game of Shadows", and he's slated to play Holmes again in a third film, currently scheduled for release in late December 2021.

After a whirlwind 42-day courtship, Downey married actress and singer Deborah Falconer on May 29, 1992. Downey's drug use and many trips to rehab ended the marriage in 2001. Falconer left Downey and took their son Indio (born in 1993) with her. Downey and Falconer divorced in 2004.

In 2003, Downey met Susan Levin, a film executive on the set of "Gothika." She turned down his request for a date twice. Eventually, she could no longer deny the chemistry between them. Downey proposed to Levin on the night before her 30th birthday in November 2003. They married in 2005. In February 2012, their son Exton was born. In November 2014, their daughter Avri was born.

Downey has been sober from drugs and alcohol since July 2003. He credits his wife Susan with helping him overcome his addictions. Downey has been a member of 12-step recovery programs.

RDJ earned "just" $500,000 off the first Iron Man movie. Outside of Marvel some of his biggest paydays include the $12 million for the 2010 movie "Due Date" and $15 million for 2011's "Sherlock Holmes: A Game of Shadows". Depending on various box office milestones, Robert will earn at least $40 million and as much as $75 million off "Avengers: Endgame". He also has a lucrative endorsement deal with Chinese phone company OnePlus.

How much did Robert Downey, Jr. Make Playing Iron Man?

Below is a chart that breaks down Robert's film-by-film earnings from playing Iron Man in the Marvel Cinematic Universe:

Robert owns a number of homes in the Los Angeles area. In total, Robert's property portfolio is likely worth $40-50 million alone.

In 2009 he spent $13.44 million to buy a seven-acre estate in Malibu that features equestrian facilities. He owns a different house in Malibu that he bought in 2017 for $4 million.

He owns several residential and commercial properties in Venice, California, a $2.5 million home in the Pacific Palisades, and a beachfront home in Manhattan beach. 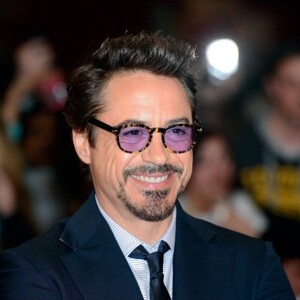