However, it was his role as Orson Burns on the soap opera, "Ryan's Hope" that first gained him widespread notice. He then went on to play guest-starring and co-starring roles on multiple dramas and soaps, including, "Scarecrow and Mrs. King", "Maximum Security", "The A-Team", "Remington Steele", "MacGruder and Loud", "Hardcastle and McCormick", "One Life to Live", "The Fall Guy", "Family Ties", "Knots Landing", "Picket Fences", "Murder, She Wrote", "Significant Others", and "The Sopranos". He also co-starred on the short-lived series, "Heart of the City" with Christina Applegate, and has an extensive resume as a voice over artist. Robert has been married to actress Judith Light since 1985 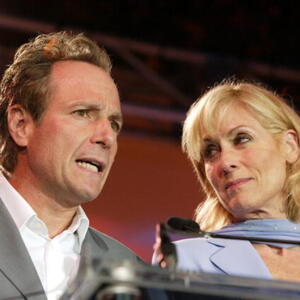