Robert Conrad net worth: Robert Conrad was an American actor and singer who had a net worth of $10 million dollars at the time of his death. Robert Conrad was probably best-known for starring in the television series "The Wild Wild West" from 1965-1969. He died on February 8, 2020 at the age of 84. He was survived by eight children and 18 grandchildren. At the time of his death he owned a house in Thousand Oaks, California and another in Malibu, where he passed away.

Robert Conrad, also known as Conrad Robert Norton Falk, was born in Chicago, Illinois, and graduated from Northwestern University. He signed with Warner Bros. as an actor in the mid-50s. However, he was more interested in pursuing a recording career, and was able to turn his acting contract into a recording contract with Warner Bros. He recorded a string of songs throughout the late 50s and early 60s. His track, "Bye Bye Baby", reached #113 on the Billboard 200. He eventually shifted his focus back to acting, and went on to appear in such projects as "Thundering Jets", "Lawman", "Sea Hunt", "77 Sunset Strip", "Hawaiian Eye", "The D.A.", "Mission: Impossible", "Baa Baa Black Sheep" (which was later syndicated as "Black Sheep Squadron"), "A Man Called Sloan", "High Sierra Search and Rescue", and "Nash Bridges". He is most widely recognized for his starring role on "The Wild Wild West". 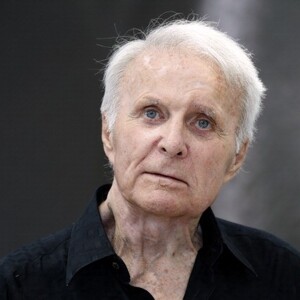