How much is Robert Carradine Worth?

Robert Carradine net worth: Robert Carradine is an American actor who has a net worth of $300 thousand dollars. Robert Carradine is most widely recognized for his work as Lewis "Lew" Skolnick in "The Revenge of the Nerds" franchise. Robert Carradine was born in Hollywood, California, and grew up as part of the Carradine family, a Hollywood acting dynasty. Robert began acting in the early 70s, following in the footsteps of his older brothers and father and has continued to work to this day. Some of his film and television credits include, "Bonanza", "Go Ask Alice", "The Cowboys", "Police Story", "The Pom Pom Girls", "Massacre at Central High", "Orca", "Coming Home", "The Long Riders", "The Big Red One", "Just the Way You Are", "The Sun Also Rises", "The Twilight Zone", "Monte Carlo", "Buy and Cell", "I Saw What You Did", "Rude Awakening", "K-9", "The Disappearance of Christina", "Kung-Fu: The Legend Continues", "Gunfighter", and "Lizzie McGuire". Carradine has two daughters, actress Ever Carradine (whom he had with Susan Snyder), Marika Reed Carradine (whom he had with his wife Edie Mani), and a son, Ian Alexander Carradine. He is also the uncle of actress Martha Plimpton. In September 2015, he and his family appeared on the hit reality series, "Celebrity Wife Swap," where he traded lives with professional football player, Terrell Owens.

Car Accident and Divorce: On March 12, 2015, Carradine was involved in a serious car accident. The car, which Robert was driving, crashed head on into a truck on a highway. He and his wife were both rushed to the hospital to receive treatment for injuries sustained during the accident. Not long after the accident, Robert's wife filed for divorce. The the divorce documents, Robert's wife Edith claims that he has been in a downward spiral ever since his brother David was found dead from a suspicious suicide in 2009. Robert was eventually diagnosed as being bi-polar. Edith claims that Robert actually confessed to having purposely driving the car into the truck with the intention of killing them both. They are also bickering over money with Edith claiming Robert blew the $70,000 fee they earned from appearing on Wife Swap. 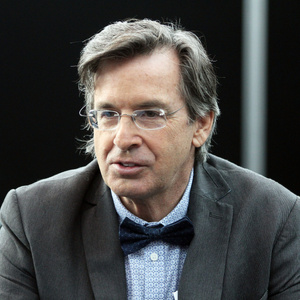