What is Robert Carlyle's Net Worth and Salary?

Robert Carlyle is a Scottish actor who has a net worth of $5 million. Robert Carlyle is known for his roles in such films as "Trainspotting," "The Full Monty," "Angela's Ashes," and "28 Weeks Later." He has also had notable roles on a number of television series, including "Hamish Macbeth," "Stargate Universe," "Once Upon a Time," and "Human Trafficking." In 2015, Carlyle made his directorial debut with the film "The Legend of Barney Thomson."

Robert Carlyle was born on April 14, 1961 in the Maryhill area of Glasgow, Scotland to painter and decorator Joseph and bus company worker Elizabeth. When Carlyle was four, his mother left the family, and he was subsequently brought up by his father. Later, after leaving school at the age of 16, Carlyle worked for his father. He went on to take night classes at Cardonald College. When he was 21, Carlyle got involved with the Glasgow Arts Centre. He then attended the Royal Scottish Academy of Music and Drama, from which he graduated.

In the early 90s, Carlyle and his friend Alexander Morton founded the Glasgow-based theater company Raindog. The company's first production was "One Flew Over the Cuckoo's Nest," directed by Carlyle and starring Morton. A significant success, it was followed by a production of "Macbeth," also starring Morton.

Carlyle made his feature film debut in the 1990 biographical crime drama "Silent Scream." The following year, he had his first leading role, playing an ex-convict-turned-builder in Ken Loach's "Riff-Raff." His subsequent credits were "Being Human" and "Priest." In 1996, Carlyle had his international breakthrough with Danny Boyle's "Trainspotting," playing vicious heroin addict Francis Begbie. The same year, he earned acclaim for his performance in Ken Loach's "Carla's Song." Carlyle's star continued to rise in 1997 with his performance in the comedy "The Full Monty." Playing Gaz Schofield, the leader of a cadre of amateur male strippers in Sheffield, England, he won the BAFTA Award for Best Actor in a Leading Role. Carlyle also garnered plaudits in 1997 for his performance in the crime drama "Face." He concluded the decade with notable roles in the action comedy "Plunkett & Macleane"; the cannibal Western "Ravenous"; the Bond film "The World is Not Enough"; and the literary adaptation "Angela's Ashes."

In 2000, Carlyle reunited with Danny Boyle for the director's adventure drama "The Beach," and also appeared alongside his "Face" costar Ray Winstone in "There's Only One Jimmy Grimble." He subsequently starred in a number of films, including "To End All Wars," "The 51st State," "Once Upon a Time in the Midlands," "Black and White," "Dead Fish," and "The Mighty Celt." In 2005, Carlyle starred opposite Marisa Tomei in the romantic drama "Marilyn Hotchkiss' Ballroom Dancing and Charm School." He next played a sorcerer in the fantasy action film "Eragon." Following that, Carlyle starred in the horror sequel "28 Weeks Later" and the disaster film "Flood."

Carlyle starred in three films in 2008: the comedy "Stone of Destiny," the drama "Summer," and the crime thriller "I Know You Know." Subsequently, he starred in the action thriller "The Tournament" and the drama "California Solo." In 2015, Carlyle stepped behind the camera to make his directorial debut with the comedy thriller "The Legend of Barney Thomson," based on the novel "The Long Midnight of Barney Thomson." Carlyle also stars in the film as the titular character. Among his other credits, Carlyle reprised his role as Begbie in 2017's "T2 Trainspotting," and portrayed John Lennon in the romcom "Yesterday." 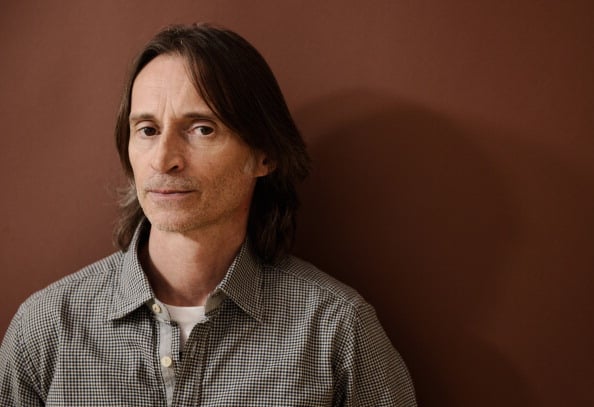 Carlyle had his first role on television in 1990 in an episode of the Scottish detective series "Taggart." He was subsequently in episodes of "The Bill," "Screenplay," and "99-1." In 1994, Carlyle had a recurring role on the crime series "Cracker," playing murderer Albie Kinsella for three episodes. Following this, he had his first leading role on television, playing the titular Highland policeman on the mystery series "Hamish Macbeth." The show ran for three seasons from 1995 to 1998. Carlyle next starred in the miniseries "Looking After Jo Jo."

In 2003, Carlyle won acclaim for his performance as the titular dictator in the miniseries "Hitler: The Rise of Evil." The following year, he portrayed King James I in the miniseries "Gunpowder, Treason & Plot." Carlyle continued his miniseries appearances in 2005 with a lauded performance in "Human Trafficking," for which he received an Emmy Award nomination. He subsequently starred in the television films "Class of '76" and "Born Equal," and appeared alongside Benedict Cumberbatch in the miniseries "The Last Enemy." Further television films followed, including "24: Redemption" and "The Unloved." Carlyle had his next main role on a series from 2009 to 2011, when he played Dr. Nicholas Rush on the science-fiction series "Stargate Universe." Following this, he played the mischievous Rumplestiltskin on the ABC fantasy series "Once Upon a Time" from 2011 to 2018. Carlyle's other credits have included the miniseries "The War of the Worlds" and the drama series "COBRA," on which he stars as fictional British Prime Minister Robert Sutherland.

Among his other appearances in the media, Carlyle starred in a long-form commercial for Johnnie Walker Scotch in 2009. He also lent his voice to the reboot of the "Castlevania" video game franchise, voicing the character Gabriel Belmont. 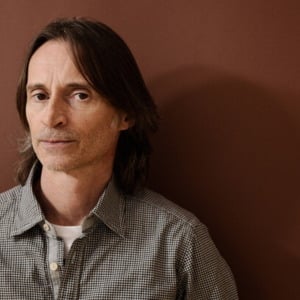