Robert Buckley Net Worth: Robert Buckley is an American actor who has a net worth of $5 million dollars. Robert Buckley was born in West Covina, California in May 1981. He graduated from the University of California, San Diego. He appeared on The Price is Right as a college student. Robert worked as an economic consultant but moved back to Los Angeles to pursue his acting career. His first appearance came starring as Michael Bauer on the 2006 TV series Fashion House. In 2007 he starred as Matthew Wakefield on the series American Heiress. His film debut came as Nik in Killer Movie in 2008. From 2008 to 2009 Buckley starred as Kirby Atwood in the TV series Lipstick Jungle. He starred as Clayton Evans from 2009 to 2012 in the series One Tree Hill and as Brian Leonard from 2012 to 2013 in 666 Park Avenue. Buckley has also appeared in episodes of Ghost Whisperer, Privileged, and Hart of Dixie. He has starred in the TV movies Flirting with Forty, and One Tree Hill: Always & Forever. He won a Leo Award in 2009 and was nominated for a Gemini Award in 2008. From 2015 to 2019 he starred on the series iZombie. 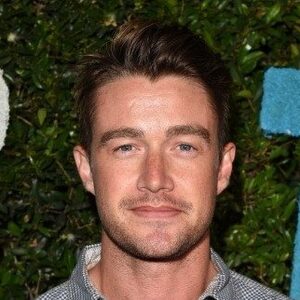