Robby Benson Net Worth: Robby Benson is an American actor, director, singer, and educator who has a net worth of $2 million. Robby Benson was born in Dallas, Texas in January 1956. Benson made his acting debut in the 1967 film Wait Until Dark. He had a recurring role on the television series Search for Tomorrow from 1971 to 1972.

In 1986 he starred in the TV series Tough Cookies as Det. Cliff Brady. Benson starred as Professor Witt in the television series American Dreams from 2002 to 2003. He provided voice work for the TV series Exosquad, The Legend of Prince Valiant, and House of Mouse. As a director Benson has directed episodes of the TV series Evening Shade, Thunder Alley, Ellen, Friends, The Naked Truth, and Jesse. Benson won a Grammy Award for Best Recording for Children for Beauty and the Beast in 1993. He has been nominated for Golden Globe Awards in 1974 for Most Promising Newcomer – Male, and in 1983 for Best Performance by an Actor in a Mini-Series of Motion Picture Made for TV. Benson authored the 2007 novel Who Stole the Funny?: A Novel of Hollywood. He has been a professor for New York University's Tisch School of the Arts, the University of South Carolina, the University of Utah, and Indiana University. 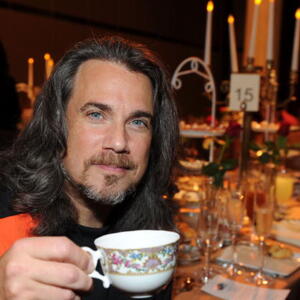