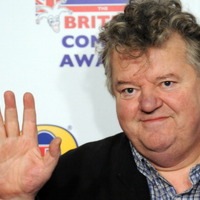 Robbie Coltrane Net Worth: Robbie Coltrane wa a Scottish actor, author, and comedian who had a net worth of $4 million at the time of his death in October 2022. Born in Rutherglen, South Lanarkshire, Scotland, in 1950, Robbie Coltrane studied at Glenalmond College and played rugby before moving on to the Glasgow School of Art and the Moray House College of Education. Coltrane first began acting in his '20s, appearing in "The Comic Strip Presents", "A Kick Up the Eighties", "Alfresco", and "Laugh??? I Nearly Paid My License Fee". In the early '80s, he started delving into films, with appearances in "Flash Gordon", "Krull", "Defence of the Realm", "Absolute Beginners", "Mona Lisa", and "The Fruit Machine". In 1987, he scored the part of Samuel Johnson in "Blackadder" and later appeared as the same character in 1993's "Boswell and Johnson's Tour of the Western Islands". In the 1990s, Coltrane earned three BAFTA Awards for his part as Dr. Edward Fitzgerald on the TV series "Cracker". He went on to score parts in "GoldenEye", "The World Is Not Enough", and "From Hell", before landing the part of Rubeus Hagrid in the "Harry Potter" franchise. Coltrane was reportedly hand-selected by author J.K. Rowling for the part. He came in just outside the top ten on ITV's list of the greatest 50 TV stars. Coltrane married Rhona Gemmell in 1999. They had two children together. Robbie Coltrane died on October 14, 2022 of 72.