Robbie Amell net worth: Robbie Amell is a Canadian actor who has a net worth of $2 million. Robbie Amell was born in Toronto, Ontario, Canada in April 1988. Robbie's cousin is Arrow actor Stephen Amell. Robbie and his sister started modeling and acting in commercials when he was six years old.

He first starred in the movie Cheaper by the Dozen 2 in 2005. From 2006 to 2008 he starred as Max in the television series Life with Derek. Amell starred as Jimmy Madigan in the TV series True Jackson, VP from 2008 to 2011. In 2013 he starred as D.B. in the series 1600 Penn and as Nick in the series Zach Stone Is Gonna Be Famous. From 2013 to 2014 Amell starred as Stephen Jameson in the TV series The Tomorrow People. Since 2014 he has starred as Ronnie Raymond in the television series The Flash. He has also starred in the movies Left for Dead, Struck by Lightning, and The Duff. Robbie has been dating actress Italia Ricci since 2008 and the couple got engaged in 2014. 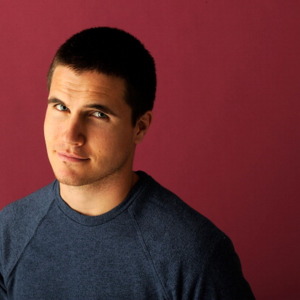