Rob Riggle Net Worth: Rob Riggle is an American actor, comedian and retired U.S. Marine Corps Reserve officer who has a net worth of $5 million. Rob Riggle is best known for his work as a correspondent on Comedy Central's "The Daily Show." He was also a cast member for one season on "Saturday Night Live," and played the recurring role of Gil Thorpe on the ABC sitcom "Modern Family." Among his film credits, Riggle has appeared in "Talladega Nights: The Ballad of Ricky Bobby," "The Hangover," "Absolutely Anything," and "Night School."

Rob Riggle was born in 1970 in Louisville, Kentucky to Sandra and Robert. At the age of two, he and his family moved to Overland Park, Kansas. There, he went to Shawnee Mission South High School, where he worked for the school television and radio stations. After graduating, he enrolled at the University of Kansas, and earned his BA in theater and film in 1992. Subsequently, he obtained a Master of Public Administration degree from Webster University.

With a pilot's license, Riggle intended to become a naval aviator, but left flight school to follow his comedy career. In 1990, he became a member of the United States Marine Corps Reserve, serving as a public affairs officer with a unit based in New York City. Riggle served in Kosovo, Albania, Liberia, and Afghanistan, attaining the rank of lieutenant colonel. He earned many honors for his service, including the Meritorious Service Medal, the Navy and Marine Corps Commendation Medal, the National Defense Service Medal, and the NATO Medal.

Early on, Riggle began a professional partnership with comedian Rob Huebel; they had an improvisational sketch comedy troupe called Respecto Montalban, and they frequently appeared together at the Upright Citizens Brigade Theater. The pair was also featured on many of Comedy Central and VH1's commentary programs, including "Best Week Ever" and "A2Z." Along with their cast mates from Respecto Montalban, Riggle and Huebel performed on "Late Night with Conan O'Brien" throughout the late 90s and early 2000s.

Due to their growing popularity, Riggle and Huebel landed auditions for "Saturday Night Live" in 2004; however, only Riggle made the cut. He spent one season on the show from 2004 to 2005, during which he portrayed such celebrities as Mark McGwire, Howard Dean, and Larry the Cable Guy. He also had a one-shot character called Leviticus, a violent street preacher who was featured on a Weekend Update segment.

Replacing Rob Corddry, Riggle made his debut on Comedy Central's Jon Stewart-hosted "The Daily Show" in September of 2006. Serving as a correspondent, he had many memorable bits, including his Marines in Berkeley segment and his reporting from Iraq in 2007. During the summer Olympics in Beijing, he traveled to China to tape sketches for the show, and produced the special four-part feature "Rob Riggle: Chasing the Dragon."

Riggle left "The Daily Show" in December of 2008. Two years later, he made a surprise cameo on the program during an interview with Will Ferrell, appearing to "intimidate" the comedy star and host Jon Stewart. 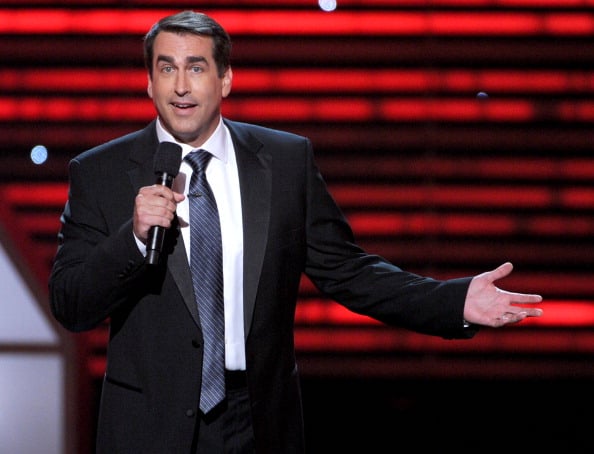 Beyond "Saturday Night Live" and "The Daily Show," Riggle has appeared on a myriad of programs throughout his career. In 2004, he was part of the cast of the Comedy Central miniseries "Straight Plan for the Gay Man," a parody of the popular show "Queer Eye for the Straight Guy." Riggle has also been in episodes of such programs as "The Office," "Arrested Development," "Campus Ladies," "Human Giant," "Gary Unmarried," "American Dad!," "Chuck," "Funny or Die Presents," and "30 Rock." From 2011 to 2013, he costarred on the Adult Swim comedy police parody "NTSF:SD:SUV::," playing the President of the Navy. During this time, he had recurring roles on "Wilfred" and "New Girl," and began a comedy hosting gig on "Fox NFL Sunday." Later, Riggle landed the recurring role of real estate agent Gil Thorpe on ABC's hit sitcom "Modern Family."

On the big screen, Riggle made his debut in 2003's "Pushing Tom." The next year, he was in "Blackballed: The Bobby Dukes Story," which featured almost all of the Respecto Montalban comedy troupe. Riggle subsequently appeared in the Will Ferrell comedy "Talladega Nights: The Ballad of Ricky Bobby," playing a NASCAR announcer, and was in the Christmas comedy film "Unaccompanied Minors." In 2008, he played a rude coworker in another Will Ferrell movie, "Step Brothers." Further supporting roles came in the comedies "The Hangover," "The Goods: Live Hard, Sell Hard," "Going the Distance," "Killers," "The Other Guys," and "High Road."

In 2011, Riggle appeared in the romantic comedy "Larry Crowne," starring Tom Hanks and Julia Roberts. The following year, he was in "Big Miracle," "21 Jump Street," and "Nature Calls," and lent his voice to the animated films "The Lorax" and "Hotel Transylvania." Subsequent credits have included "The Internship," "Dumb and Dumber To," "Absolutely Anything," "How to Be a Latin Lover," "Midnight Sun," "Night School," and "The War with Grandpa."

Rob and Tiffany Riggle were married for 21 years. In 2017, they moved into a two-acre property in Westlake Village, California overlooking the Santa Monica Mountains. She filed for divorce in October 2020. They share two children together. In the divorce filing Tiffany requested that Rob buy her out of a co-owned car wash. She also listed two personal properties and interests in several alcohol companies. 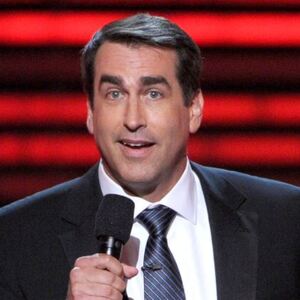