Rob Paulsen net worth: Rob Paulsen is an American actor and singer who has a net worth of $5 million. Rob Paulsen was born in Detroit, Michigan in March 1956. He is best known for providing voice work and has done so for more than 250 animated characters and in over 1,000 commercials. Some of his best known roles include voicing Raphael and Donatello in the 1987 and 2012 cartoon versions of Teenage Mutant Ninja Turtles, Pink from Pink and the Brain and Animaniacs, Dr. Otto Scratchansniff and Yakko Warner from Animaniacs, and the title role in The Mask. Paulsen has also worked on the films A Goofy Movie, Bambi II, Charlotte's Web 2, The Fox and the Hound 2, G.I. Joe: The Movie, Jetsons: The Movie, three Jimmy Neutron films, 12 The Land Before Time films, Mulan II, Pocahontas II: Journey to a New World, four Scooby Doo films, three Tom and Jerry films, and much more. Paulsen has won a Daytime Emmy Award and a Behind the Voice Actors Award. 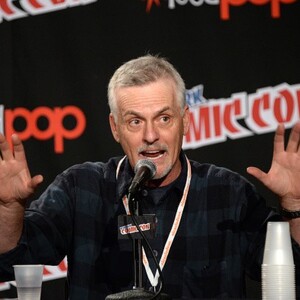