Rob Morrow Net Worth: Rob Morrow is an American actor who has a net worth of $10 million dollars. Born September 21, 1962 in New Rochelle, New York, Rob Morrow most widely known for his portrayal of Don Eppes on Numb3rs and as Dr. Joel Fleischman on Northern Exposure, a role which earned him three Golden Globes and two Emmy Award nominations for Best Actor in a Dramatic Series.

Next he starred in the critically acclaimed film, Quiz Show, as Dick Goodwin, a congressional investigator intent on uncovering the corruption behind the 1950s game show scandal, and played Albert Brooks' sports agent brother in Mother. Morrow was originally slated to play the protagonist in the 1996 film version of The Island of Dr. Moreau, but he dropped out of the project and was replaced by David Thewlis. In 2000, he directed and starred in Maze, about an artist with Tourette syndrome. In 2002, he played Kevin Hunter on the Showtime television series Street Time and also appeared in the television film Custody. In 2007, he played Jack Nicholson's doctor, Dr. Hollins, in film The Bucket List. From 2005 to 2010, he starred with David Krumholtz and Judd Hirsch in Numb3rs on CBS. On March 8, 2010 it was announced that Morrow would star in Jerry Bruckheimer's new series The Whole Truth on ABC and the series aired on September 13, 2010, but was pulled from the ABC schedule in December after filming just 13 episodes. 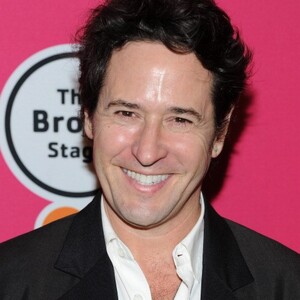