Rob Huebel net worth: Rob Huebel is an American actor, comedian and writer who has a net worth of $3 million dollars. Rob is probably best-known for appearances in popular TV comedies such as The Office, Best Week Ever, Curb Your Enthusiasm, and Arrested Development. But Huebel has many talents apart from acting – most notably he is also a comedy performer and writer, both by himself and with his frequent comedy partner Rob Riggle.

Rob is also a familiar face to fans of live comedy, appearing in live comedy showcases such as The Upright Citizens Brigade, and his two-man show with Riggle entitled "Kung-Fu Grip. He's no stranger to TV sketch comedy either, appearing on the MTV sketch show Human Giant, and the HBO sketch comedy series Funny or Die Presents. It's clear to see the Huebel's ubiquitous presence in all avenues of comedy is a result of his immense talent, quick wit, and camera-friendly good looks. From 2010 to 2016 he could be seen on the Adult Swim comedy Children's Hospital, along with virtually every person working in comedy today. From 2014 to 2019 he starred on the Amazon series "Transparent." 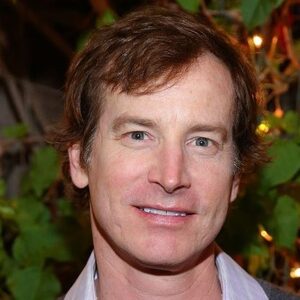