River Phoenix Net Worth and salary: River Phoenix was an American actor, activist and musician who had a net worth of $5 million dollars at the time of his death in 1993. He was born River Jude Bottom River on August 23, 1970 in Madras, Oregon. River got his name from the river of life from the novel Siddhartha. His parents officially changed their name from Bottom to Phoenix in 1979. He was the oldest brother of celebrity actors Joaquin Phoenix, Rain Phoenix, Summer Phoenix, and Liberty Phoenix. When River was 3 years old, his parents joined a Christian missionary movement called "Children of God". His parents moved as missionaries to Caracas, Venezuela where they lived in poverty. Phoenix would play guitar on the streets while his sister Rain would perform in order to bring some money into the house. Eventually, River's parents, grew in disagreement with the way the new leader was handling the movement so they decided to part from the group and go back to the United States. River's mother started working on NBC as a broadcaster's secretary. This is where River and his siblings were discovered. River started acting in commercials at the age of ten. His great breakthrough in acting came with his role in the 1986 movie "Stand by Me", which was based on a Stephen King novel. He was nominated to an Academy Award for Best Supporting Actor for his performance on 1988's "Running on Empty". He played young Indiana Jones in "The Last Crusade" in 1989. As a singer and song writer, he recorded several songs and formed a group with his sister Rain part of the lineup. On the morning of October 31, 1993 River was pronounced dead after suffering a heart failure that was later determined by an autopsy to be caused by heroin and cocaine in his blood. 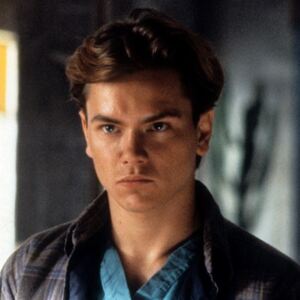