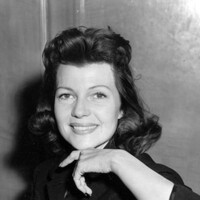 What Was Rita Hayworth's Net Worth?

Rita Hayworth was born Margarita Carmen Cansino on October 17, 1918, in Brooklyn, New York. Rita's parents, Volga Hayworth and Eduardo Cansino, were dancers, and she had two younger brothers, Eduardo Jr. and Vernon. Both of Hayworth's brothers served in World War II, and Eduardo Jr. later became an actor. Rita began taking dance lessons at an early age, learning from her uncle, Angel Cansino. As a child, she performed in "The Greenwich Village Follies" on Broadway, and at the age of 8, she appeared in the 1926 short film "La Fiesta." In 1927, the family moved to Hollywood, and Eduardo opened a dance studio, where he taught Jean Harlow and James Cagney.

In 1931, Eduardo and 12-year-old Rita formed the Dancing Cansinos, and they performed in Tijuana, Mexico, since Hayworth was too young to work in California bars and nightclubs. Hayworth reportedly told her second husband, Orson Welles, that Eduardo had sexually abused her during this time in her life, and biographer Barbara Leaming wrote that when the Dancing Cansinos weren't touring, Volga slept in the same bed as Rita to try to protect her from Eduardo. Hayworth attended Hamilton High School through the end of her freshman year, but she never graduated due to the fact that she was consistently working. As a teenager, she had small roles in the films "Cruz Diablo" (1934) and "In Caliente" (1935), and after Fox Film Corporation executive Winfield Sheehan saw Rita and Eduardo dancing at the Caliente Club, he arranged a screen test for her. Sheehan subsequently signed Hayworth to a six-month contract.

While under contract at Fox, Hayworth went by the name Rita Cansino, and her first speaking role came in the 1935 film "Under the Pampas Moon." By the time her six-month contract was up, Fox had become 20th Century Fox, and executive producer Darryl F. Zanuck opted not to renew her contract. Harry Cohn, the head of Columbia Pictures, later signed her to a seven-year contract. Cohn felt that Hayworth's Mediterranean image limited her to being cast as "exotic" characters and that her surname sounded too Spanish, so Rita began using her mother's maiden name. Cohn also encouraged her to dye her hair dark red and undergo electrolysis to raise her hairline. In 1937, Hayworth appeared in nine films, including "Criminals of the Air," "Girls Can Play," and "The Game That Kills," then she played the title role in 1938's "Who Killed Gail Preston?" and co-starred with Cary Grant and Jean Arthur in 1939's "Only Angels Have Wings." In the '40s, Rita starred in 18 films, such as "Music in My Heart" (1940), "Blondie on a Budget" (1940), "The Lady in Question" (1940), "Affectionately Yours" (1941), "Tales of Manhattan" (1942), "Cover Girl" (1944), "Tonight and Every Night" (1945), and "The Loves of Carmen" (1948). She played Gilda Mundson Farrell in the 1946 film noir "Gilda" alongside Glenn Ford, and in 2013, the film was preserved in the Library of Congress' National Film Registry for being "culturally, historically or aesthetically significant." 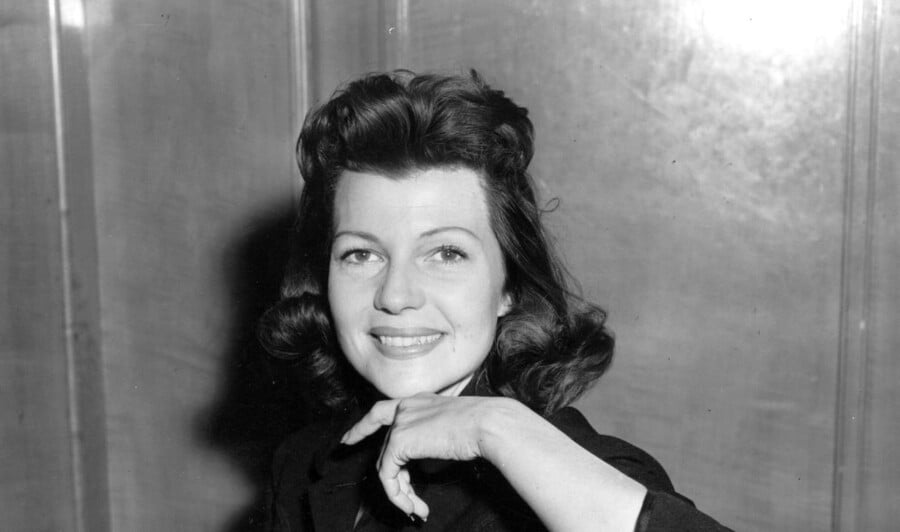 Rita was married five times. When she was 18, she wed Edward Charles Holmgren Judson, and they were married from May 1937 to May 1942. Judson acted as Hayworth's manager and helped launched her career. After the divorce, Rita said of Edward, "He helped me with my career and helped himself to my money." Hayworth married actor, director, screenwriter, and producer Orson Welles on September 7, 1943, and they welcomed daughter Rebecca on December 17, 1944.

Rita wed Prince Aly Khan on May 27, 1949, and they had one child together, daughter Princess Yasmin Aga Khan (born on December 28, 1949). Hayworth filed for divorce in September 1952, citing "extreme cruelty, entirely mental in nature." She married singer Dick Haymes on September 24, 1953, and she left him in 1955 after he hit her in the face at the Los Angeles nightclub Cocoanut Grove. The divorce was finalized in December 1955, and Rita married film producer James Hill on February 2, 1958. She filed for divorce in September 1961 on grounds of extreme mental cruelty. Hayworth also had a 40-year on-and-off relationship with actor Glenn Ford, which began when they were filming "Gilda" in the mid-1940s. Ford's son Peter revealed in the biography "Glenn Ford: A Life" that Glenn had gotten Rita pregnant when they were filming 1948's "The Loves of Carmen" and that Hayworth had an abortion in France.

Hayworth struggled with alcoholism, and her daughter Yasmin stated, "I remember as a child that she had a drinking problem. She had difficulty coping with the ups and downs of the business … As a child, I thought, 'She has a drinking problem, and she's an alcoholic.' That was very clear, and I thought, 'Well, there's not much I can do. I can just, sort of, stand by and watch.'" Rita's drinking worsened after both of her brothers died in March 1974, and in January 1976, she was removed from a flight after having an angry outburst. It was eventually discovered that her alcoholism had been hiding symptoms of Alzheimer's disease. Yasmin told the "Los Angeles Times" in 1989, "It was the outbursts. She'd fly into a rage. I can't tell you. I thought it was alcoholism – alcoholic dementia … You can't imagine the relief just in getting a diagnosis. We had a name at last, Alzheimer's! Of course, that didn't really come until the last seven or eight years. She wasn't diagnosed as having Alzheimer's until 1980. There were two decades of hell before that." Medical historian Barron H. Lerner has referred to Hayworth as "the first public face of Alzheimer's, helping to ensure that future patients did not go undiagnosed." In July 1981, a Los Angeles judge ruled that Rita should be placed in Yasmin's care, so Hayworth moved into a Central Park West apartment adjoining to Yasmin's apartment.

In February 1987, Hayworth fell into a semicoma, and on May 14, 1987, she died from complications related to Alzheimer's disease at her Manhattan home at the age of 68. President Ronald Reagan released a statement about Rita's death, writing, "Rita Hayworth was one of our country's most beloved stars. Glamorous and talented, she gave us many wonderful moments on stage and screen and delighted audiences from the time she was a young girl. In her later years, Rita became known for her struggle with Alzheimer's disease. Her courage and candor, and that of her family, were a great public service in bringing worldwide attention to a disease which we all hope will soon be cured." Hayworth's funeral took place at Beverly Hills' Church of the Good Shepherd, and her pallbearers included actors Cesar Romero, Ricardo Montalbán, and Glenn Ford. She was laid to rest at Holy Cross Cemetery, Culver City, and her headstone was inscribed with the phrase "To yesterday's companionship and tomorrow's reunion."

In the mid-1980s, Rita's daughter Yasmin founded the Rita Hayworth Gala, an annual benefit to raise funds for the Alzheimer's Association. Rita Hayworth Gala events in New York, Chicago, and Palm Beach had raised more than $70 million for the organization.

In 1965, Hayworth received a Golden Globe nomination for Best Actress – Drama for "Circus World. She won a Photoplay Award for Best Performances of the Month (July) for "My Gal Sal" (shared with Victor Mature) in 1942, and in 1954, she earned a Laurel Award nomination for Top Female Dramatic Performance for "Miss Sadie Thompson." Rita received a star on the Hollywood Walk of Fame in 1960, and she was posthumously inducted into the Online Film & Television Association Hall of Fame in 2021. In 1978, the National Film Society presented Hayworth with its first-ever National Screen Heritage Award.