Rip Torn net worth: Rip Torn was an American actor, director and producer who had a net worth of $5 million at the time of his death in 2019. Rip Torn was born on February 6, 1931 in Temple, Texas. Rip made his film debut in the 1956 movie "Baby Doll". He soon went on to appear in classics such as "A Face in the Crowd", "The King of Kings", and more. As he got older, he began to feel more at home playing character parts and bad guys, as in "The Cincinnati Kid" opposite Steve McQueen or "12 O'Clock High" with Gregory Peck. He didn't let this stop him from appearing in more serious, artistic films, however. He starred in Coming Apart, a film mostly composed of static "hidden camera" shots depicting a psychologist's psychological breakdown, and The Man Who Fell to Earth, in which David Bowie plays a genius and capitalistic space alien. He's also worked as a director – but he's probably most famous for his work on television. Specifically, as Artie on the innovative HBO sitcom The Larry Sanders Show, which is generally considered one of the greatest TV characters of all time. His gruff sensibility has also served him well in appearances on 30 Rock and in the films Defending Your Life, Men In Black, and Robocop 3.

In 1994 Dennis Hopper told a story on The Tonight Show with Jay Leno in which he claimed that during the filming of Easy Rider, Rip pulled a knife on him. Rip sued Hopper for defamation claiming that it was actually Hopper who pulled the knife. A jury agreed and he was eventually awarded nearly $1 million in damages.

Rip torn died on July 8, 2019 at the age of 88. During his life he was married three times. He was survived by his wife Amy Wright and three children. 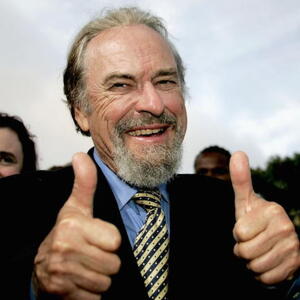