Rinko Kikuchi Net Worth:Rinko Kikuchi is a Japanese actress who has a net worth of $10 million dollars. Born in Hadano, Kanagawa, Japan, in 1981 as Yuriko Kikuchi, Rinko Kikuchi made her film debut in 1999's "Will to Live". She appeared in "Sora no Ana" and "The Taste of Tea" before landing a part as Chieko Wataya in the 2006 hit "Babel".

For the role, Kikuchi was nominated for a Best Supporting Actress Academy Award, the first Japanese actress to receive such an honor in the last 50 years. It was also just the fifth time an actor or actress has been nominated for an Oscar for a non-speaking part. Though she did not win the award, Kikuchi did win Best Breakthrough Female performance at the National Board of Review Awards and Best Breakthrough at the Gotham Awards. Kikuchi was also nominated for two SAG Awards and one Golden Globe Award for her performance. She has since gone on to appear in movies such as 2008's "The Sky Crawlers", 2009's "Assault Girls", 2009's "The Brothers Bloom", 2010's "Shanghai", 2010's "Norwegian Wood", and 2013's "47 Ronin". Following "Babel", Kikuchi's biggest part to date has been an appearance as Mako Mori in the 2013 sci-fi blockbuster film "Pacific Rim". 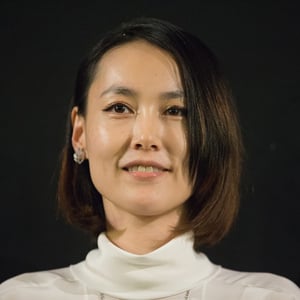