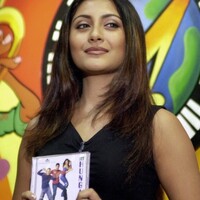 Rimi Sen net worth: Rimi Sen is an Indian actress who has a net worth of $10 million. Rimi Sen was born in Kolkata, West Bengal, India in September 1981. She most appears in Bollywood films. Sen graduated from the University of Calcutta. She dreamed of being an actress and moved to Mumbai after completing her studies. She appeared in advertisements for Coca-Cola and began to receive film roles. In 2004 Rimi Sen was nominated for Zee Cine Award for Best Newcomer (Female). In 2015 she became a contestant on the Indian version of the reality TV series Big Brother, known as Bigg Boss 9.