What is Rider Strong's Net Worth?

Rider Strong is an American actor, director, producer and screenwriter who has a net worth of $2 million. Rider Strong is probably most famous for his role of Shawn Hunter in the 1990s television sitcom "Boy Meets World." He later had roles in "Cabin Fever," "Irish Twins," and "Kim Possible."

Strong began acting at the age of nine when he starred in a production of "Les Misérables" put on in San Francisco. He also began appearing in small screen roles in television. He landed his first regular television series role as Julie Andrew's son in the series "Julie." After the show was cancelled, he made his film debut in "Benefit of the Doubt" in 1993.

The same year, he landed a main character role in "Boy Meets World," playing Shawn Hunter opposite Ben Savage. Rider was 14 when the show debuted. The show became very popular and Strong was twice nominated for a Young Artist Award.

He remained on the show for its entire seven-year run until it ended in 2000. During this time, he lived primarily in Los Angeles. He occasionally found it hard to cope with the fame and has stated he suffered at least one breakdown during his early career. However, overall he managed it well and did not get heavily involved in the young Hollywood party scene that plagues many child stars.

After "Boy Meets World" ended in 2000, Strong moved to New York to attend school first time at Columbia University. However, he did take one semester off from school to star in the indie horror film, "Cabin Fever," in 2002. The film was directed by Eli Roth and received generally positive reviews. Strong later took another semester off from school to star in a Broadway production of "The Graduate" opposite Jerry Hall.

In 2006, Strong landed another regular television series role in the show "Pepper Dennis" on The WB. The show was short-lived and did not survive the transfer when The WB merged into The Cw. The same year, he also appeared briefly in "Cabin Fever 2: Spring Fever." During this time, he was working on a short film with his brother, Shiloh. The film, "Irish Twins," premiered at the 2008 Tribeca Film Festival. It won both the Jury Award and the Audience Award at the Woods Hole Film Festival. 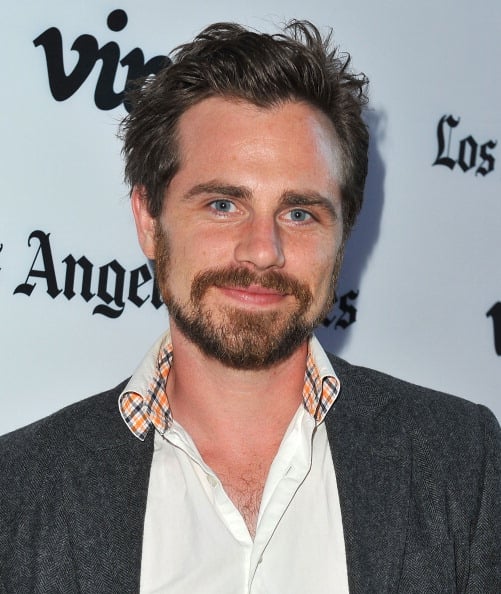 Along with his brother, Strong created a 30-second television ad in support of Democratic presidential candidate, Barack Obama, in 2008. They submitted the ad to MoveOn as part of a competition in which over 1,100 ads were submitted. Strong's was ultimately selected as the funniest ad and aired on MTV and Comedy Central. The following year, Strong narrated the audiobook of "The Obama Revolution" by Alan Kennedy-Shaffer.

In 2010, Strong starred in the science fiction-thriller, "Darkening Sky," directed by Victor Bornia. The same year, he appeared in "Your Lucky Day," which premiered at the Seattle International Film Festival.

In 2012, Strong was approached to reprise his role in the "Boy Meets World" spinoff, "Girl Meets World." He initially declined the offer. However, he arrived on set along with other cast members during production of the pilot in March of 2013. This sparked rumors that he may be making a cameo appearance or a full return. In June of 2013, a "Boy Meets World" reunion was held that Strong participated in. Finally, in March of 2014, Strong confirmed that he would reprise his role as Shawn Hunter in some episodes of the series. He also managed to make a deal with the show creators that his brother, Shiloh, be able to direct some of the episodes of the series. Strong ultimately had a recurring role on the series from 2014 to 2017 and also directed 18 of the episodes himself.

Strong also created a podcast in March of 2012 called "Literary Disco," a show about books and writing. The show featured Strong, Julia Pistell, and Tod Goldberg. He also landed a recurring voice role in "Star vs. the Forces of Evil" from 2015 to 2019. In 2017, he had a recurring role in "Mighty Magiswords," appearing in six episodes.

Throughout the late 2010s, Strong worked on writing his own play. The result was the 2019 play, "Never Ever Land," which was inspired by the 1993 child sexual abuse accusations levied against Michael Jackson. In 2022, Strong reunited with Danielle Fishel and Will Friedle, who played the other main character roles in "Boy Meets World," to launch the podcast "Pod Meets World."

While filming the series "Pepper Dennis" in 2006, Strong began dating actress Alexandra Barreto. They became engaged in December of 2012 and were married in October of 2013 in Oregon. They had a son together, Indigo, in December of 2014.

In October 2005 Rider and his brother Shiloh paid $1.15 million for a home in LA's Laurel Canyon area. They listed this home for sale in September 2008 for $1.26 million.