Ricky Schroder Net Worth and Salary: Ricky Schroder, who today prefers to go by the more mature-sounding "Rick Schroder" is an American actor and film director who has a net worth of $25 million. As a child actor, he starred in the sitcom "Silver Spoons." Later, he had memorable roles such as Newt on "Lonesome Dove" and in the crime-drama series "NYPD Blue." Ricky has arguably earned more money off real estate deals during his career. During their 25+ year marriage, he and former wife Andrea flipped at least a dozen of extremely impressive estates. More detail on these transactions later in this article.

Early Life and Career: Rick Schroder, better known as Ricky Schroder when he was young, was born on April 13, 1970 in Brooklyn and was raised on Staten Island, New York City. He and his sister are the children of Diane Katherine Bartlett and Richard John Schroder, both former employees of AT&T. As a child, he appeared in many catalogs and by the time he was six years old he had appeared in over 60 advertisements.

Schroder made his film debut playing the son of Jon Voight's character in the 1979 remake of the movie "The Champ", winning the Golden Globe Award for Best New Male Star of the Year in a Motion Picture at the age of nine. Following his success, he was removed from school by his parents in the third grade to focus on his career. He moved to Los Angeles with his mother but his father remained in New York City to continue working for AT&T. A year later, Schroder appeared in the Disney feature film "The Last Flight of Noah's Ark" with Elliot Gould and also starred alongside Alec Guinness as the title character "Little Lord Fauntleroy."

Breakthrough: He became well known as the star of the television series "Silver Spoons", when he played the lead character Ricky Stratton, the son of a wealthy eccentric millionaire Eddie Stratton, from 1982 to 1986. His role earned him two Young Artist Awards. After "Silver Spoons" ended, he attended Calabasas High School, where he struggled to adjust to the starkly different environment. In 1988, he starred in a primetime CBS TV movie based on a true story, the drama "Too Young the Hero," where he played Calvin Graham, a 12-year-old who lies and says he is 17 in order to enlist in World War II. Schroder then appeared as a guest timekeeper in Wrestlemania 2 in a march between Hulk Hogan and King Kong Bundy. After he graduated high school, Schroder enrolled himself in Mesa State College in Grand Junction, Colorado. He eventually bought a large piece of land there.

Later Career: As he grew older, he struggled to become known as an adult actor. He dropped the Y from his first name in an attempt to sound more mature, worried he'd be destined for endless roles portraying the stereotypical blonde heartthrob or boyish teen. Schroder's co-starring role in the Western miniseries "Lonesome Dove "and its sequel, "Return to Lonesome Dove", helped in his attempt to be recognized in more mature roles. His roles as Danny Sorenson on three seasons of "NYPD Blue", nurse Paul Flowers in "Scrubs", Dr. Dylan West on "Strong Medicine", and Mike Doyle on the 2007 season of "24" worked to cement his adult acting career.

In 2004, Schroder directed and starred in the music video for Brad Paisley and Alison Krauss's song "Whiskey Lullaby." The directorial experience garnered Schroder an award for Best Music Video at the 2005 Nashville Film Festival. At the CMT Music Awards, the video won an award for Collaborative Video of the Year, with Schroder taking home the top prize of Director of the Year.

In 2009, he directed the adventure film "HellHounds." He also guest starred in January 2011 in an episode of ABC's "No Ordinary Family." He started a production company, Ricky Schroder Productions, and it has produced "Starting Strong" since 2013, as well as other projects such as "The Fighting Season." In 2013, his production company produced the Hallmark movie "Our Wild Hearts," in which Schroder starred in with his daughter Cambrie. Schroder went on to produce three war documentaries: "The Fighting Season," "My Fighting Season," and "The Volunteers." He spent five months in Afghanistan in close quarters with the U.S. Army in order to capture the raw footage.

Personal Life: Schroder married interior designer Andrea Bernard in 1992. They have four children. In 2016, Rick and Andrea announced they were divorcing.

In April 2019, Schroder was arrested twice for suspicion of domestic violence, and was held for $50,000 bail. The woman involved in these incidents was not identified in news reports and Schroder was not prosecuted for either allegation.

In November 2020, it was revealed that Schroder was a top contributor to the $2 million dollar bail fund for Kyle Rittenhouse, a 17-year-old charged in the shooting murders of Joseph Rosenbaum and Anthony Huber during a protest in Kenosha, Wisconsin on August 2020 following the shooting of Jacob Blake.

Real Estate: In the early 1990s, after marrying, Rick and Andrea bought a 15,000-acre plot of land near Grand Junction in Colorado. They named the property Mesa Mood Ranch and proceeded to custom build an impressive horse estate property featuring a 2,500 square-foot log cabin and several guest houses. The couple listed the property for $29 million in 2005, ultimately accepting $27 million in April 2006.

In 2006 they also sold a home in Scottsdale, Arizona for $4 million. They flipped a number of homes in Scottsdale. 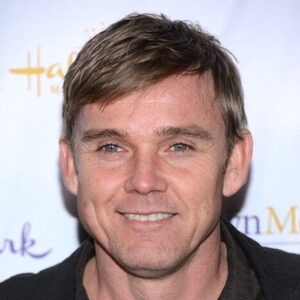