What is Rick Rossovich's Net Worth?

Rick Rossovich is an American actor who has a net worth of $4 million. Rick Rossovich is best known for playing the role of Ron "Slider" Kerner in the movie "Top Gun". His other film credits have included "Losin' It," "The Terminator," "Roxanne," "Spellbinder," and "Navy SEALs." On television, Rossovich has had notable roles on the series "Pacific Blue," "ER," and "Sons and Daughters."

Rick largely retired from the entertainment industry in the early 2000s. Rick and his wife were quite successful as real estate investors and renovators. They moved permanently to her native Sweden after their children went off to college.

Frederic Enrico Rossovich was born in Palo Alto, California on August 28, 1957. He is of Italian and Croatian descent. He grew up in Grass Valley, California where he attended Nevada Union High School. Rick's brother Tim Rossovich would later become a professional football player and actor.

Rossovich went to Nevada Union High School. He went on to attend Sacramento State University for college. During this time, Rossovich was a bodybuilder.

In 1983, Rossovich made his film debut in "The Lords of Discipline," based on the Pat Conroy novel. Later that year, he appeared in the comedy "Losin' It," starring Tom Cruise in one of his first film roles. In 1984, Rossovich had supporting roles in Walter Hill's neo-noir rock musical "Streets of Fire" and James Cameron's science-fiction action film "The Terminator." He subsequently appeared in another science-fiction film, "Warning Sign." Rossovich had his biggest year on film yet in 1986; in addition to appearing in the action film "Let's Get Harry" and the neo-noir "The Morning After," he had his commercial breakthrough role in the blockbuster military action film "Top Gun." Reuniting with Tom Cruise, Rossovich played Lieutenant Junior Grade Ron "Slider" Kerner. The movie made $356 million on a budget of $15 million and became an enduring global sensation.

Following Top Gun, he appeared in the Steve Martin romantic comedy "Roxanne" and the supernatural thriller "Spellbinder." Rossovich closed out the 80s with roles in the thrillers "Paint it Black" and "The Roommate." 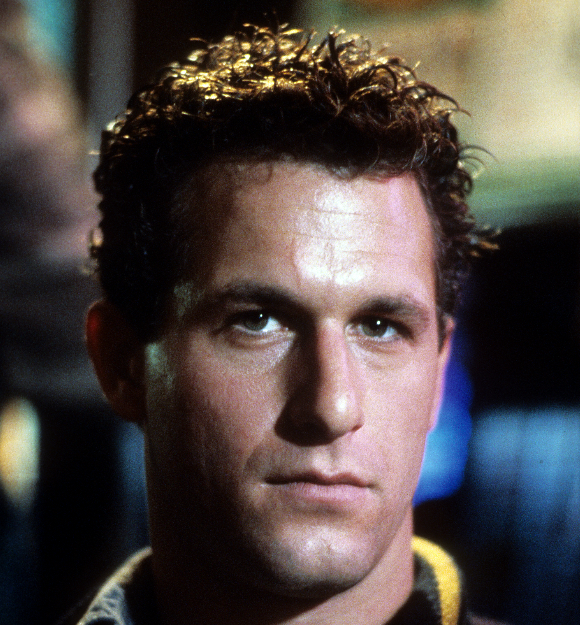 Early in his television career, Rossovich appeared uncredited in a number of episodes of "Fantasy Island." He was also in the television films "Deadly Lessons," "Single Bars, Single Women," and "14 Going on 30." Rossovich had his first substantial role on a regular series in 1991, when he played Spud Lincoln on the CBS series "Sons and Daughters." However, the show was ultimately canceled in the middle of its first season. Rossovich subsequently appeared in episodes of the crime dramedy series "Tequila and Bonetti" and the sitcom "Mad About You." He next had one of his most memorable roles in 1994, playing Dr. John "Tag" Taglieri, the love interest of Carol Hathaway, in the first season of the medical drama series "ER." After this, Rossovich was in episodes of "Touched by an Angel," "Due South," and "Murder, She Wrote." He also appeared in the superhero television film "Black Scorpion" and its sequel "Black Scorpion II: Aftershock."

From 1996 to 1998, Rossovich played the main role of Lieutenant Anthony Palermo in the first three seasons of the crime drama series "Pacific Blue." On the show, which was popularly described as "'Baywatch' on bikes," he starred alongside Jim Davidson, Darlene Vogel, Paula Trickey, Marcos Ferraez, and David Lander. Rossovich didn't appear much on the small screen following this; his few credits included the television films "Killer Deal" and "Miracle in Lane 2," the latter having aired on the Disney Channel in 2000.

In addition to his film and television roles, Rossovich has appeared in some music videos. In 1988, he played Adonis in the video for Martini Ranch's "How Can the Laboring Man Find Time for Self Culture." Four years after that, he played the boyfriend character in the video for Lorrie Morgan's country song "Watch Me."

Rick and his wife Eva have been married since 1985. They have two kids, a son named Roy and a daughter named Isabel. For many years the family would spend every summer at a home in Eva's native Sweden. Rick and Eva have since moved full-time to Sweden.

For many years, Rick and Eva owned a home in Malibu, California. When not at the house themselves, they would rent it for $10-12,000 per month. They sold this home in 2020 for $4 million according to real estate records.