How much is Rick Moranis Worth?

Rick Moranis Net Worth: Rick Moranis is a Canadian actor who has a net worth of $10 million. Moranis began his career as a radio host but quickly gained prominence as a film and television actor. During the peak of his career, he was one of the most recognizable faces in Hollywood, and he appeared in well-known films like "Ghostbusters," "Spaceballs," and "Honey, I Shrunk the Kids."

Despite becoming one of the highest-earning actors of the 1980s, Rick Moranis essentially disappeared off the face of the earth at a point when he was experiencing significant success with the "Honey, I Shrunk the Kids" franchise. This was later revealed to be a personal family choice, and many of his fans respected his decision. Eventually, Moranis returned with a number of additional roles, and in 2020 he announced a new entry in the "Honey, I Shrunk the Kids" franchise.

Career: Rick's entertainment career began very early, and he was starting a career as a radio DJ while he was still attending high school in the mid-70s. During this period, he operated under the radio moniker "Rick Allen," and started broadcasting on no less than three Toronto radio stations.

By the late 70s, Moranis had teamed up with fellow Jewish Canadian Ken Finkleman to create "90 Minutes Live," a series of comedy radio specials that were aired by the Canadian Broadcasting Corporation. Finkleman and Moranis also collaborated on a number of television pilots, many of which starred both comedians in various sketches. By this point, the pair became notorious for their mockumentary comedy style.

Moranis' acting career began in earnest in 1980 after he joined the cast of "Second City Television," a Canadian comedy sketch show. During this period, he became famous for his impressions of figures like Woody Allen and Merv Griffin. After "Second City Television" gained popularity across Canada and in the United States, Moranis and Dave Thomas teamed up to create a new sketch called "The Great White North." This sketch featured the now-famous characters Bob and Doug McKenzie, which were meant to be Canadian stereotypes. These two characters became so popular that when they released a comedy album called "Great White North," it was nominated for a Grammy and earned a triple-platinum certification.

Moranis' popularity led to his first film role in the 1983 film "Strange Brew," and a number of additional roles soon followed. Rick continued to rise in prominence after starring in films like "Ghostbusters," "Spaceballs," "Little Shop of Horrors," and "Honey, I Shrunk the Kids." He also established himself as a voice actor with roles in animated series such as "Gravedale High."

During the 90s, Moranis would appear in some of his last major film roles for many years. These included the commercially successful "The Flintstones" and the box-office flop "Big Bully." He then appeared in "Honey, I Blew Up the Kid," and "Honey, We Shrunk Ourselves." Other than a few voice acting roles in films such as Disney's "Brother Bear," Moranis remained quiet for the next few decades. In 2006, he reprised his earlier role in "Brother Bear 2."

Although many assumed that Rick had completely retired from acting during this period, he later clarified that he was simply being extremely selective about which roles he accepted in the future. Although he declined to appear in the 2016 "Ghostbusters" reboot, he announced in 2020 that he had agreed to reprise his famous role in a new entry for the "Honey, I Shrunk the Kids" franchise. He also announced that this new film would simply be entitled "Shrunk," and that it would be his first official return to the acting world in 23 years.

Brand Endorsements: In 2020, Rick Moranis appeared alongside Ryan Reynolds in a commercial for Mint Mobile.

Relationships: In 1986, Rick Moranis married a costume designer named Ann Belsky. Although they had two children together over the course of their relationship, Belsky would tragically pass away from cancer in 1991. Left with the responsibility of raising two children as a single father, Moranis made an important and respectable decision.

He gradually backed away from his prominent role within the entertainment industry and focused wholeheartedly on his children, ensuring they had the presence of at least one loving parent during their upbringing. This was later revealed to be the main reason for Rick's disappearance from the public limelight, and many fans applauded his decision.

As a then single parent, Moranis was quoted as saying:

Assault: In October of 2020, Rick Moranis was randomly assaulted by a complete stranger while walking in New York City. The attack took place at 7:30 AM in the middle of town. Although the attack was picked up by the media because of Rick's notoriety, random assaults had been on the rise during this period of time throughout NYC, with plenty of average people suffering from violence at the hands of brazen criminals.

Rick's injuries were relatively minor, although the 67-year-old was knocked down after being sucker-punched by an unidentified man wearing an "I Love New York" t-shirt. Footage of the perpetrator calmly walking onward was later released by the police. After getting to his feet, Moranis walked to a local precinct and reported the crime. He was left with pain in his hip, the back of his head, and his entire left side. As of this writing, the criminal was never caught. 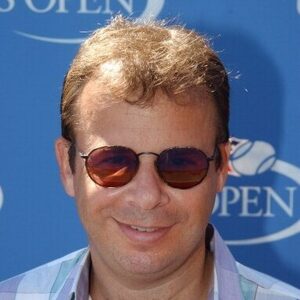