Rick Hoffman net worth: Rick Hoffman is an American actor who has a net worth of $1 million dollars. Rick Hoffman was born in New York, New York, and grew up in Roslyn Heights, New York. He went on to graduate from the University of Arizona, and then moved to Los Angeles to pursue an acting career full-time.

He began his professional acting career in the late 90s, appearing in a small role in the film, "Conspiracy Theory". He has since gone on to steady work in both film and television projects, including "Lethal Weapon 4", "The $treet", "The Bernie Mac Show", "Blood Work", "The Day After Tomorrow", "Cellular", "Monk", "Jake in Progress", "Hostel" and its sequel, "Commander in Chief", "Smiley Face", "The Condemned", "Postal", "Law and Order: Special Victims Unit", "Leverage", "Knight Rider", "Lie to Me", "Better Off Ted", "The Mentalist", and "Numbers". He currently co-stars as Louis Litt on "Suits". 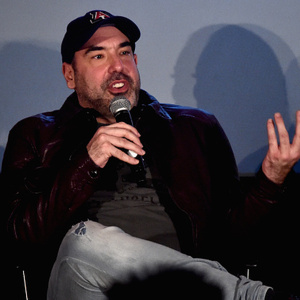