Rick Gonzalez Net Worth: Rick Gonzalez is an American actor who has a net worth of $1 Million. Born in Brooklyn, New York City on June 30, 1979, Gonzalez is well known for his roles in Coach Carter, The Rookie, Pulse, War of the Worlds, and the television series Reaper. He is of Dominican Republic and Puerto Rican descent and attended the Fame high school for performing arts from which he graduated in 1997.

He has appeared in Twista's music video for "Hope," Mashonda's video for "Back of Tha Club," Red Café's video for "All Night Long," and Obie Trice's video for "Snitch. Other popular films on Gonzalez's resume include Old School, Roll Bounce, Laurel Canyon, Subway Café, First Snow, Illegal Tender, What We Do is Secret, and Apartment 143. He portrayed Jesus in the music video for Lady Gaga's 2011 hit single, "Judas. Gonzalez currently has a mixtape out for free download on his website for "Realm Reality. Produced by DJ G-Spot, it is called "The Invisible Man" as homage to Gonzalez's difficulty getting noticed in the music industry despite his hard work for seven years. 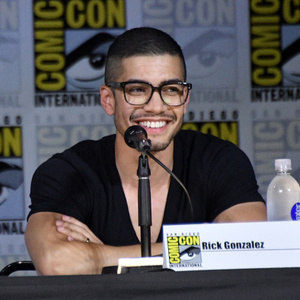