What is Rick Fox's Net Worth and Salary?

Rick Fox is a Canadian-Bahamian actor and former professional basketball player who has a net worth of $20 million. Fox is perhaps best known for playing in the NBA for teams like the Boston Celtics and the Los Angeles Lakers, although he subsequently became a well-known actor and former eSports franchise owner.

During his NBA career, Rick earned around $34 million in salary alone. His final NBA salary, $4.8 million earned from the Boston Celtics, was his highest-career single season salary. He actually took a $750 thousand per year pay CUT in 1997 when he moved from the Celtics to the Lakers, going from $1.75m to $1m per year. Within two years of joining the Lakers he signed a six-year $25 million contract. According to a 2001 interview with the New York Times, right in the middle of his relationship with Vanessa Williams, Rick estimated his net worth at that time at $5 million.

Rick Fox was born on July 24th of 1969 in Toronto, Ontario, Canada. Rick was born into an athletic family, as his mother Dianne Gerace was an Olympic high jumper and pentathlete. When Rick was still young, the family relocated to the Bahamas, where his father was originally born. Raised in Nassau, Rick joined the high school basketball team as a young boy and continued to play high school basketball in Warsaw, Indiana. After graduating, Rick attended the University of North Carolina and led the team to the NCAA Final Four in 1991.

Rick's NBA career began in 1991 when he was selected by the Boston Celtics as the 24th overall pick in the first round of the draft. He immediately became a starter for the team and averaged 8 points per game. After a few years, Fox had become an integral part of the team and regularly scored double figures.

In 1997, Rick signed with the Los Angeles Lakers after being released by the Celtics. Once again, he immediately slotted into a starting position on the squad and averaged double figures per game. However, things changed after the Lakers signed Glen Rice, and Rick was essentially relegated to a backup player for a period of time.

By the 1999-2000 season, Fox had become a starting player once again, and he played all 23 games until the Lakers won the 2000 NBA Finals. Glen Rice's departure further solidified Rick's place in the team, and he continued to play well throughout the next few years. A low point came when he was served a six-game suspension after fighting with Doug Christie, a player for the Sacramento Kings. Injuries continued to hamper his performances, and after the 2003-2004 season, Fox elected to retire instead of heading back to the Celtics. 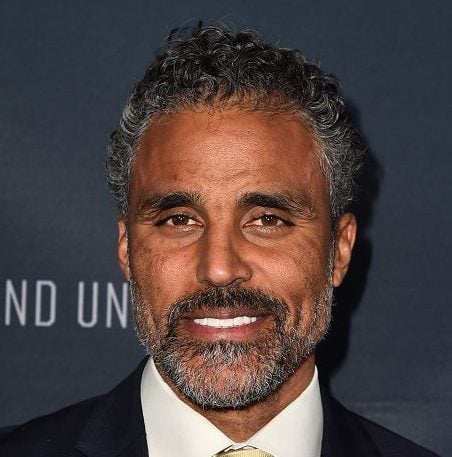 Rick Fox has enjoyed a substantial acting career during and following his basketball days. During his NBA career, Rick appeared in films like "Blue Chips," "Eddie," "He Got Game," "Resurrection," and "Holes." He also appeared in TV series such as "Oz" and "Fairly OddParents."

After he retired from basketball, he had more time to spend on acting. He appeared in TV series such as "Kevin Hill," "One Tree Hill," "Ugly Betty," "Dirt," "The Game," "Dollhouse," "The Big Bang Theory," "iZombie," and "Shameless," to name but a few. In terms of his film work after his basketball career, he has appeared in films like "Sharknado 3: Oh Hell No!" Fox has also become a significant presence in reality television, appearing in series like "Dancing With The Stars," "Are You Smarter than a Fifth Grader?," and "RuPaul's Drag Race."

In 2013, it was reported that Fox had listed his luxury apartment in Los Angeles for $1.399 million. The property sits on the Wilshire Corridor and features two bedrooms and three bathrooms. Rick initially purchased the 1,800-square foot property back in 2004 for $1.15 million, shortly after his retirement from basketball.

Rick Fox became a somewhat unlikely figure in the eSports world after he acquired the "League of Legends" team called Gravity Gaming in 2015, along with a partner named Amit Raizada. He initially stated that he had purchased the team to grow closer to his children. After buying the eSports team, Fox rebranded it as "Echo Fox." Things went well for a few years, but in 2019 a major controversy erupted. Fox accused his business partner Raizada of making racist comments to him and threatening his family.

As 2019 rolled on, Fox was threatened with a lawsuit that would oust him as a general partner of Echo Fox. The lawsuit alleged that Rick Fox was acting against the best interest of the company, several of the company's high-ranking executives and partners signed the letter informing Fox of the lawsuit. In response, Fox filed his own lawsuit against Raizada and another partner, alleging that they had committed fraud, breach of contract, and conspiracy. In the end, Fox was the one who departed from the eSports team.

Fox's welcomed his in 1994, born to girlfriend Kari Hillsman, a woman whom he dated while playing for the Celtics. In 1999, Rick married actress Vanessa Williams. One year later, they had a child together. In 2004, Fox filed for divorce from Williams. In 2009, Rick started dating Eliza Dushku, although the relationship ended in 2014. 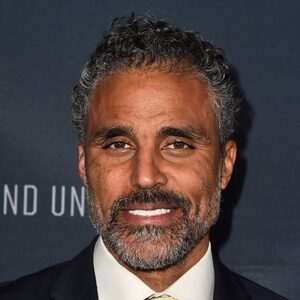