Richard Wilson Net Worth: Richard Wilson is a Scottish actor, director, and broadcaster who has a net worth of $5 million. Richard Wilson was born in Greenock, Renfrewshire, Scotland in July 1936. Richard worked as a research assistant and then trained at the Royal Academy of Dramatic Art. He acted on stage and has appeared in productions such as Peter Pan and Waiting for Godot.

Wilson has over 100 acting credits to his name. His first roles came in 1965 in the TV series Dr. Finlay's Casebook and the TV movie Romeo and Juliet. From 1973 to 1978 he starred as Jeremy Parsons QC in the TV series Crown Court. From 1979 to 1982 he starred as Gordon Thorpe in Only When I Laugh. Wilson starred as Victor Meldrew in the TV series One Foot in the Grave from 1990 to 2000. From 2008 to 2012 he starred as Gaius in the series Merlin. Wilson has also had recurring roles in the TV series ITV Playhouse, Yanks Go Home, A Sharp Intake of Breath, Play for Today, In Loving Memory, Andy Robson, High and Dry, Tutti Frutti, Hot Metal, Room at the Bottom, Cluedo, Selling Hitler, Under the Hammer, Duck Patrol, Life Support, High Stakes, Life as We Know It, and Born and Bred. Wilson has won two BAFTA TV Awards, a BAFTA Scotland Outstanding Achievement Award, and a British Comedy Award. He also won a TMA Best Director Award in 2000. 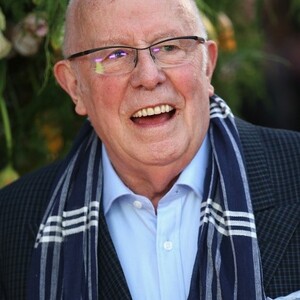