Richard Widmark Net Worth: Richard Widmark was an American actor who had a net worth of $1.5 million. Richard Widmark was born in Sunrise Township, Minnesota in December 1914 and passed away in March 2008. Widmark won the Golden Globe Award for Most Promising Newcomer for his role as Tommy Udo in his debut movie Kiss of Death in 1947.

For this role he was also nominated for an Academy Award. Widmark was often typecast in villainous or anti-hero roles in film noirs. He later broke out into more heroic leading and supporting roles in westerns, horror films, and mainstream dramas. He earned a star on the Hollywood Walk of Fame at 6800 Hollywood Blvd. Widmark was inducted into the Western Performers Hall of Fame at the National Cowboy & Western Heritage Museum in 2002. During his career Widmark had over 75 acting credits to his name. He retired from acting in 2001. Richard Widmark passed away on March 24, 2009 at 93 years old after battling a long illness. 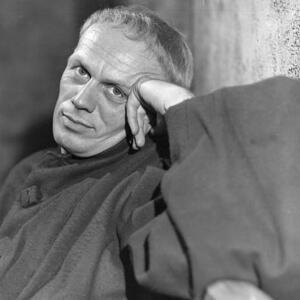