Richard Tyson net worth: Richard Tyson is an American actor who has a net worth of $3 million. Richard Tyson was born in Mobile, Alabama in February 1961. He has more than 100 acting credits to his name starting in an episode of the television series Moonlighting in 1986. Tyson starred as Joe "Kaz" Kaczierowski in the TV series Hardball from 1989 to 1990. He has had recurring roles in the TV series Winnetka Road and Kill Em All LA. Tyson has starred in the movies Three O'Clock High, Two Moon Junction, Kindergarten Cop, The Babe, Genghis Khan, Pharaoh's Army, Time Under Fire, Kingpin, There's Something About Mary, The Pandora Project, Battlefield Earth, Me, Myself & Irene, Black Hawk Down, Moscow Heat, The Visitation, Big Bad Wolf, Flight of the Living Dead; Outbreak on a Plane, The Dukes, Richard III, The Black Waters of Echo's Pond, Magic Man, Once Fallen, Creative Differences, and The Perfect Weapon. 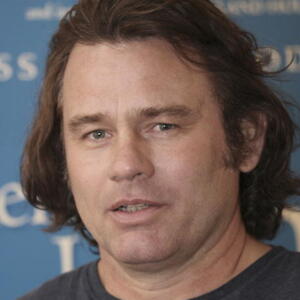