Richard Schiff Net Worth: Richard Schiff is an American actor who has a net worth of $5 million dollars. Born in 1955 in Bethesda, Maryland, Richard Schiff attended The City College of New York before dropping out, moving to Colorado, and taking work as a firewood chopper. Two years later, he returned to CCNY to study acting in 1975.

During the '80s, Schiff began his career as an Off-Broadway director before transitioning to on-screen work. In the mid-'90s, he appeared on "Se7en", "ER", "NYPD Blue", "City Hall", "Dr. Dolittle", "The Pentagon Wars", and "Deep Impact". One of his biggest career breakthroughs came in 1997 when he was cast by Steven Spielberg in "The Lost World: Jurassic Park". Since then, Schiff has appeared on "What's the Worst That Could Happen? alongside Danny DeVito and Martin Lawrence, "I Am Sam" with Michelle Pfeiffer and Sean Penn, "People I Know" starring Al Pacino, and "Ray". Schiff appeared on six seasons of "The West Wing", one of his most recognizable career parts. Other TV and film credits include "Entourage", "Terminator: The Sarah Connor Chronicles", "Imagine That", "The Infidel", "Criminal Minds: Suspect Behavior", "The Cape", "House of Lies", "Chasing The Hill", "Man of Steel", and "Murder in the First". Schiff has been married to wife Sheila Kelley since 1996 and they have two children together. He is an active political supporter of the Democratic Party, publicly endorsing Joe Biden and Barack Obama. 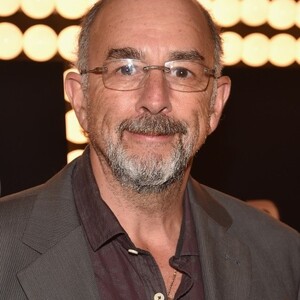