Richard Roxburgh net worth: Richard Roxburgh is an Australian actor who has a net worth of $5 million. Richard Roxburgh was born in Albury, New South Wales, Australia in January 1962. He studied at the National Institute of Dramatic Art and worked with the Sydney Theatre Company. Roxburgh starred as Art Watkins in the television series East of Everything from 2008 to 2009. He has also starred in the movies Dead to the World, Talk, Billy's Holiday, Children of the Revolution, Thank God He Met Lizzie, Doing Time for Patsy Cline, Oscar and Lucinda, In the Winter Dark, The Last September, Mission: Impossible II, The Hound of Baskervilles, The Touch, The One and Only, The League of Extraordinary Gentlemen, Van Helsing, Stealth, Fragiles, Like Minds, Romulus, My Father, False Witness, Matching Jack, Hawke, Legends of the Guardians: The Owls of Ga'Hoole, Rake, Sanctum, The Turning, and Looking for Grace. Roxburgh was nominated for a Screen Actors Guild Award in 2002 and has won three Australian Film Institute Awards. 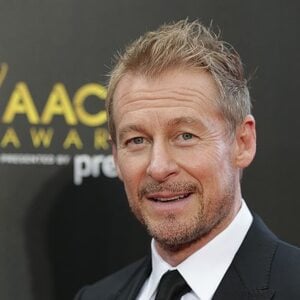