Richard Lawson Net Worth: Richard Lawson is an American actor who has a net worth of $1 million. Richard Lawson was born in Loma Linda, California in March 1947. He served in the Vietnam War before acting. Lawson has almost 100 acting credits to his name. His first role was as a homosexual in the 1971 movie Dirty Harry.

In 1982 he starred as Det. O.Z. Taylor in the TV series Chicago Story. From 1986 to 1987 Lawson starred as Nick Kimball in the television series Dynasty. From 1988 to 1991 he starred as Det. Nathaniel Hawthorne in the TV series The Days and Nights of Molly Dodd. Lawson starred as Lucas Barnes in All My Children from 1992 to 1993. In 2011 he starred as Shwayne Sr. in the TV series Angry Boys. Lawson has also starred in the movies Sugar Hill, The Main Event, Poltergeist, Wag the Dog, How Stella Got Her Groove Back, Guess Who, For Colored Girls, and Massacre. He won a Genre Award at the New York International Independent Film & Video Festival in 2007. Lawson survived a plane crash in 1992 in New York. Richard was formerly married to actress Denise Gordy and has a daughter actress Bianca Lawson. 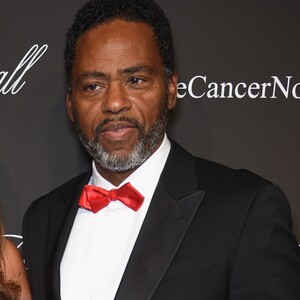